On June 1, 2019, we had the honor of visiting the Qinshan nuclear power plant in Shanghai, China in order to learn more about China’s goals of nuclear energy for the future. In my opinion this was one of the more exciting days of the entire trip simply because this would be our only tour and experience with nuclear energy. The topic of nuclear energy has always been interesting to me because it has so much potential to provide base load power for the entire grid; however, there are issues such as improper waste management that have led to the discussion for decommissioning in countries such as South Korea. So I was looking forward to this trip in particular because I could learn perspectives and answers on nuclear energy from people who were more knowledgeable about the topic than I am.

Unfortunately, we did not get to visit or tour the actual nuclear energy facility but we did manage to tour the museum of China’s nuclear history specifically for Qinshan as well. Qinshan was not only the first nuclear power plant in China, it was also the first to be designed and operated by a Chinese company. Nuclear power in general has been seen with high honor in China especially because of its ability to generate high amounts of electricity. For example, there is trust in nuclear fission and even man-made suns to provide the same amount of energy but with more reliability and safety. One panel on the museum even stated that nuclear power aids in “laying solid foundation for the development in the future…and the accumulation of experience.” There is a large belief that because nuclear power itself does not produce CO2 emissions it is the most renewable source of energy for the future. However, there still remains a lot of controversy around nuclear power for multiple reasons such as cost, safety and even lack of geography.

To construct a nuclear power plant in general costs millions of dollars because of multiple associated costs. There is also the notion of safety behind the construction and operation of these plants in order to avoid past human mistakes. To put it simply there are much cheaper renewables out in the market that can still provide a decent amount of renewable energy. More companies are concerned with energy storage of cheaper renewables such as wind and solar rather than constructing a nuclear power plant in itself. That is why countries such as South Korea and planning on decommissioning nuclear power plants because the cost of operation and maintenance is not worth the amount of geographical capacity that it consumes.

In conclusion there is still a lot of controversy around nuclear power that prevents it from being the most dependent source of renewable energy in the grid. While I believe that nuclear power will never be the largest source of energy for any country, I still believe that its upkeep and maintenance is necessary for any country’s renewable energy portfolio. This trip to the Qinshan nuclear power plant not only reinforced my notion of nuclear power’s potential, it also made me realize how crucial its development has been to China and the world in general. It is a renewable source of energy that can not only provide enormous amounts of energy but it is an indicator of a country’s growth in development of new technology, innovation and safety. 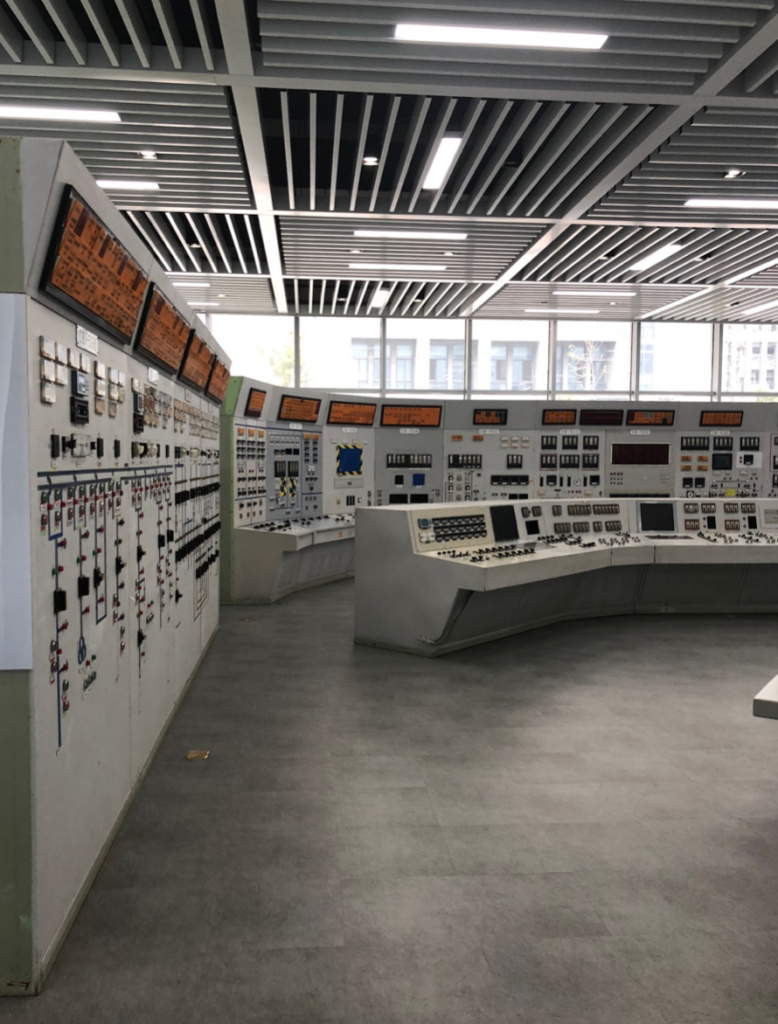 (What the inside of a control room of a nuclear plant looks like. It almost feels like something from NASA). 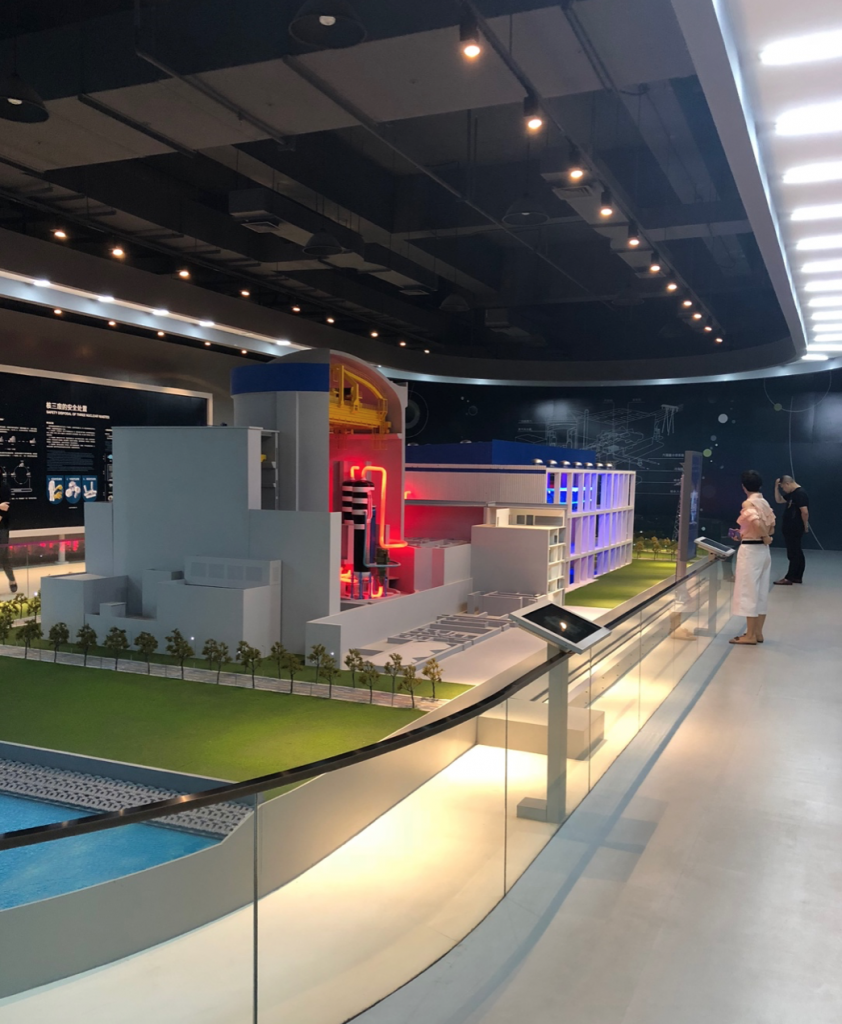 (A model of Qinshan’s nuclear plant with lights to show the flow of energy throughout the entire system).