Electric vehicles and smart cities seem to play a big role for the future development of an overpopulated world.

After getting a big breakfast at our hotel, we headed to the offices of AIWAYS Automotive in Yangpu, close to Shanghai’s downtown area. AIWAYS is an artificial intelligence, electric vehicle company which was founded just two years ago and focuses on innovation. Even though they are new in the industry their management and engineering team consists of people who have been in the field for a long time and have a lot of experience. For example, the co-founder and CEO Gung Fu used to be the CFO of one of the most successful Chinese vehicle manufacturers, SAIC. Also, in the summer of 2017 Ronald Gumpert, father of Audi Quattro joined AIWAYS as the first product officer and he’s currently really close to the launching of the first methanol powered electric sports car, Gumpert Nathalie with a 1,200 km range. The company doesn’t have any products at the market yet but they are planning on launching their first EV SUV U5 this upcoming fall. Their goal is to add at least two new models in the market every year by using the same steel skeleton for every model which makes their cars more affordable without sacrifices of the quality. Everyone smiling at the meeting room of AIWAYS Automotive.

During the visit we had the chance to talk with representatives of the marketing team and get a better analysis of the company’s history, ideology and future goals. We were lucky enough to see the display of the U5 model and its unique skeleton/framing that can be used for the manufacture of many different models. The company is planning on adding progressively more artificial intelligence in their vehicles as they visualize an automotive car network. Also, their name, AIWAYS, means artificial intelligence on the way, hence, this is their priority.

The SUV U5 that will be on the market in September of 2019 and its aluminum frame with the energy storage batteries on the bottom.

I believe that this company is very promising for the near future as they have the potential to provide the market with the amenities and efficiency that combustible cars do at a very competitive price. Pioneers like this are important for the electrification of China’s vehicles and they can be helpful for the war against air pollution. Artificial intelligence is a sector that develops rapidly and AIWAYS seems to have the solution for a safer  transition system that can help people save valuable time during their commutes. 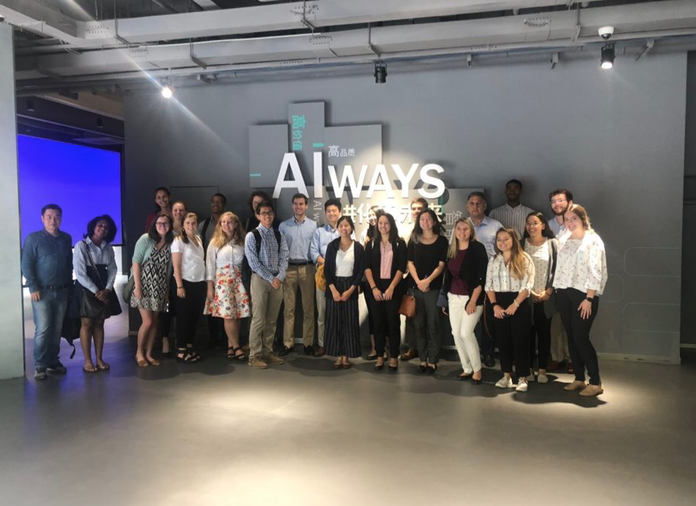 After taking the necessary group photos we headed to the old part of Shanghai and specifically the area around Chenghuang Temple where we participated in a traditional tea tasting ceremony. We tried several different, traditional teas so we could decide which ones we wanted to buy, a very common procedure in China. 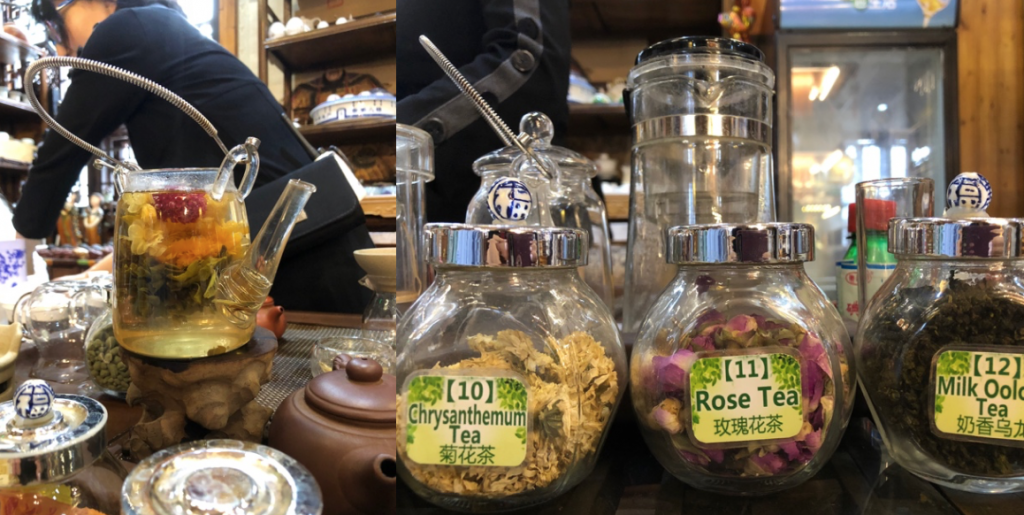 After buying tea supplies, we had lunch at the local dumpling or noodle stores and then we headed to People’s Square, which is the center of Shanghai and the home of the Shanghai Urban Planning Exhibition Hall. Shanghai Urban Planning Exhibition Hall was built to show the achievement of the city planning and construction. The main body of the building covers Shanghai’s development from ancient times to the present and beyond. The theme of this building is ‘City, People, Environment and Development’. The highlight of the museum is a city model on the third floor, made to a scale of 1/500 which displays all of the city’s buildings! Except from learning more about the city’s history and stages of development we got to power energy from biking, drive a train ( simulation), and generally get a more wholesome idea of how many aspects there are in the process of planning a city. 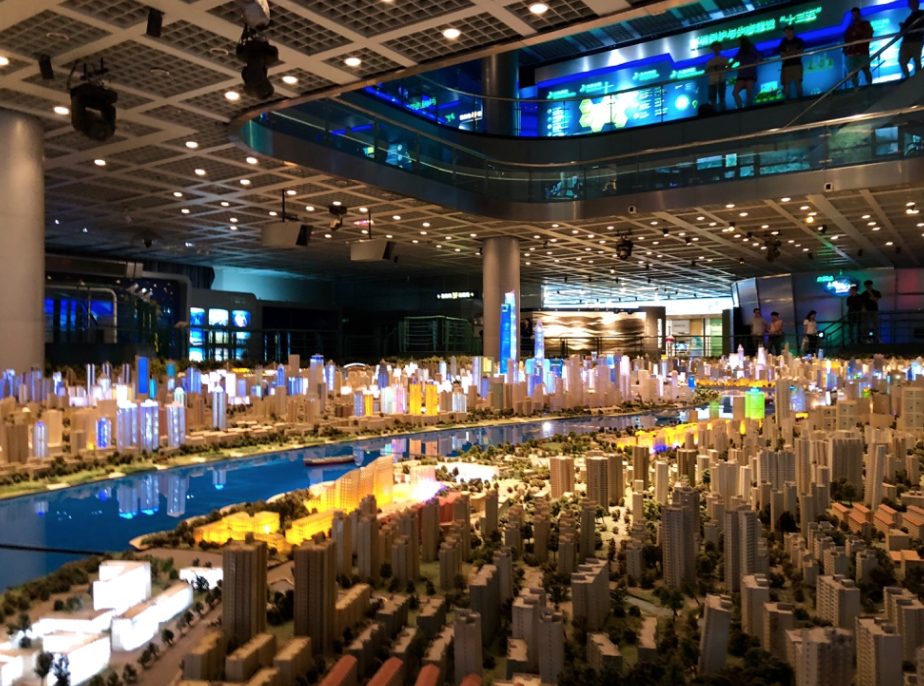