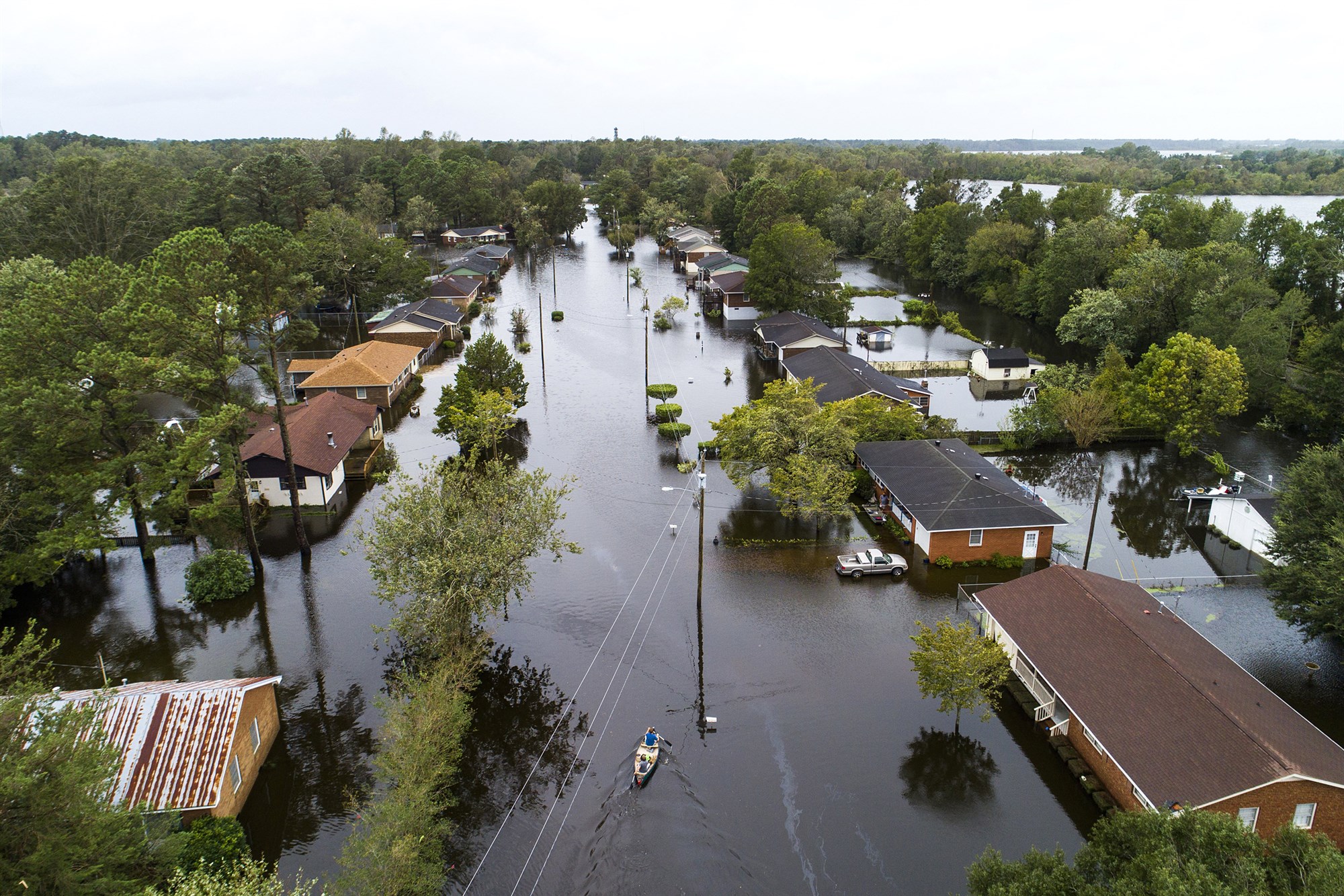 Hurricanes Matthew, Florence and Dorian caused billions of dollars in economic losses over the past four years. Six of the 7 largest rainfall events over the last 120 years in North Carolina have occurred in the last 20 years. These natural disasters motivated North Carolina’s policymakers to increase the state’s resilience against flooding from tropical storms and other excessive precipitation events. State legislators approved disaster recovery legislation in 2019, which included funds for the “Strengthening Flood Resilience in Eastern North Carolina” study.

Michael Piehler, director of the UNC Institute for the Environment, is the faculty lead for the $2 million flood resilience study. The study is composed of six interconnected research projects, which will be completed by 15 researchers from multiple UNC-System universities. Piehler, who also holds a faculty appointment at UNC-Chapel Hill’s Institute of Marine Sciences, will conduct research for the “Infrastructure and Natural Systems” portion of the project.

These funds were awarded to the North Carolina Policy Collaboratory, an organization that was created in 2016 to serve as a connection between the North Carolina General Assembly, UNC-system universities and other government entities. Although the organization is centered at UNC-Chapel Hill, experts throughout the system participate in its research.

“It is more effective to fund resilience strategies than it is to rebuild after damage occurs,” Piehler says. “So, resilience efforts are regarded as investments into a more stable future in every regard— including financially.”

The results of the study are due to the North Carolina General Assembly no later than Dec. 1, 2020, however, this deadline may be extended due to the COVID-19 pandemic.

Piehler has been a faculty member at the UNC Institute of Marine Sciences for more than 20 years. His research is focused on land-water margins and provides actionable information about feedbacks between human activity and the surrounding environment. His research contributes to the newly formed Center for Resilient Communities and Environment at the Institute.

This new center, led by Phil Berke—a research professor in Carolina’s Department of City and Regional Planning, focuses on creating solutions for communities to become more resilient and sustainable by engaging them in identifying susceptibilities and using research to meet the communities’ needs. Because communities are engaged in the process, local officials can better develop community plans through the lens of environmental resiliency—saving lives and money.

As the U.S. enters the 2020 Atlantic hurricane season, which runs from June through November, North Carolina remains a susceptible to storm surge and flooding, water quality issues and beach erosion with roughly 300 miles of ocean coastline. Large rainfall events also pose challenges in the state as North Carolina faces additional susceptibility due to large areas of low elevation and river floodplains.

“The State of North Carolina has wisely invested heavily in resilience, and this project is a great example of the breadth of their investment,” Piehler says. “Products from this effort will expand the knowledge base in critical areas around resilience and will generate actionable information to improve decision making during both preparation for, and recovery from events.”

Ellie Heffernan is a junior at UNC majoring in journalism and environmental studies. During her time at UNC, she has written for The Daily Tar Heel, volunteered with Musical Empowerment as a teacher and leadership team member, and been a part of the Service and Leadership Residential Learning Program.