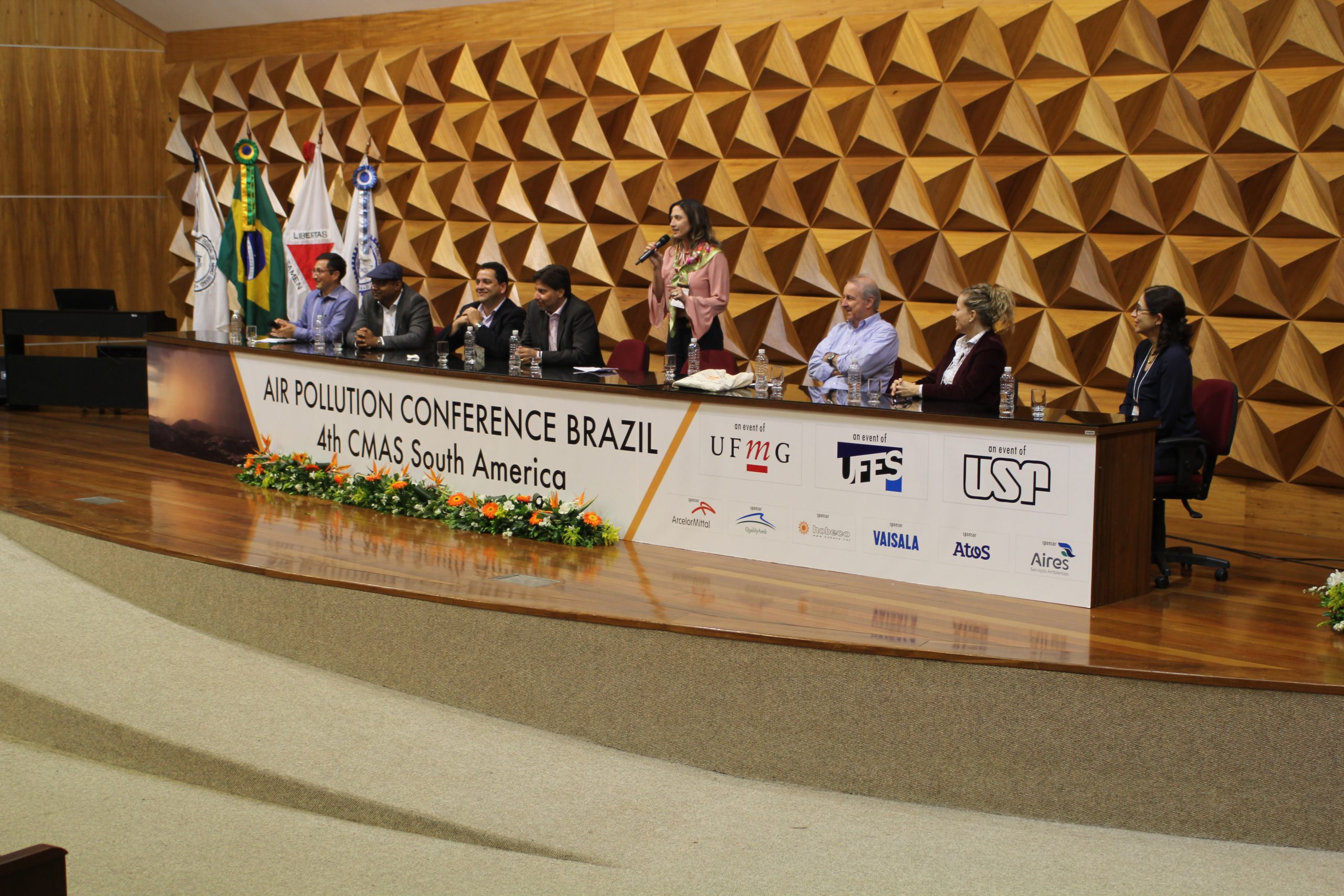 This past July, researchers from all over the globe gathered in Brazil at the Federal University of Minas Gerais in Belo Horizonte to attend the CMAS (Community Modeling and Analysis System) South America Conference. This year’s event marked the fourth CMAS Conference in South America. Researchers, students and other stakeholders alike came together to tackle the worldwide issue of air pollution and global public health by studying air pollution models, learning from one another and exchanging ideas.

“The CMAS conference has been an excellent opportunity for researchers and policymakers from several continents to get together to share experiences and learn new modeling tools to better understand the environment behavior,” says Taciana Albuquerque, a professor at the Federal University of Minas Gerais and lead of the conference’s organizing committee. “Last year the event brought a great opportunity opening a space for job opportunities making the event even more important to explore potential collaboration in the air quality field around the world. Personally, I am very happy to be part of the CMAS team for more than a decade and I am looking forward to the 19th Annual CMAS Conference.”

The U.S.-based CMAS conferences have been held annually since 2002 and in recent years CMAS Asia Pacific has been held on alternating summers with CMAS South America.

Sarav Arunachalam, a research professor and deputy director of the UNC Institute for the Environment, the host institution of the CMAS Center, has studied air quality modeling, air pollution and its global health risks throughout his academic career. As the interim director of the EPA-sponsored CMAS Center at UNC, Arunachalam not only collaborated with the organizing and scientific committees in arranging the event, but along with B.H. Baek, a research assistant professor at the Institute, also provided a week-long lecture and hands-on training to students and other scientists on tools developed to further study air pollution.

“The conference is a way to introduce a suite of community-based tools for all stakeholders to understand air pollution and how models can be used to study air pollution and support making effective policy to reduce it,” Arunachalam says.

By “tools” Arunachalam is referring to the computer software models that are at the core of the CMAS Center’s operations, which are developed by both UNC and EPA in order to aid scientists in their research. These models are continuously improved upon as they are taken to different CMAS conferences and countries. In different parts of the world, there are local challenges regarding air pollution, which require a unique understanding of the local region. When applying the model in these areas, the model can be adapted to meet local needs.

Out of the 250 plus attendees that CMAS hosts every year, policymakers make up a large proportion, along with academia, consulting and industry representatives. In order to aid in the making of effective policies for air quality management, researchers at the conference use these tools to evaluate how pollution forms and study the associated health, economic and ecological impacts that come with it. In the end, the goal is to reduce all of the adverse impacts stemming from air pollution.

While this is only the fourth CMAS South America, there is significance in holding the conference in different areas of the world, helping us to understand what the problem is on a more local level. Meeting scientists from every part of the world is one important aspect of the conference. Not only does the U.S. learn from foreign conditions, but other countries greatly benefit from the U.S. focused studies and what they have learned over the years.

“The World Health Organization (WHO) estimates that 4.2 million premature deaths are linked to ambient air pollution each year. While we still have a long way to go to address this large health risk, I think the other countries of the world can learn a lot from the U.S. in terms of how the U.S. has come up with ways to address air pollution through the use of science,” says Arunachalam.

The conference is not only to share information on advances in models and tools to support policies for countries and agencies fighting air pollution, but also to inspire and educate researchers and students along the way. There are more individuals who are excited to partake in the science as the presenters and attendees of the conference grow every year.

“It is very encouraging that organizing this conference has advanced air pollution science in the Latin American countries,” says Arunachalam. “Compared to the 2013 edition, when we hosted the first CMAS South America conference at the University of Sao Paulo, this year’s conference was very different. The scientific rigor that I saw in the fourth edition has substantially improved, and I see a parallel to when we had the first CMAS conference in the U.S. nearly twenty years ago to see where it all started. We have had, and still have, a lot of air pollution issues in the world especially in Asia, but at the same time, the work that is being put into cleaning the air is at a peak all over the world.”

As the events of this past CMAS South American conference came to a close, preparations were already being made for the 2021 event.

Emily Rattanavong is an undergraduate student within the Hussman School of Journalism and Media. She is working towards her bachelors’ degree in public relations and advertising and is a communications intern this year with the UNC Institute for the Environment.