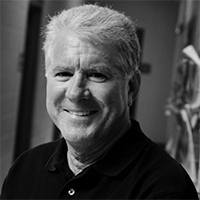 Stephen Ross is serving the people of Alamance County in his fourth term in the North Carolina General Assembly. A Burlington native and graduate of Walter M. Williams High School he also graduated from Elon University where is a member of the Phi Beta Kappa National Honor Society. He then attended North Carolina State University in the Master of Public Administration Program. Steve is a proud Eagle Scout and serves as a life member of the National Eagle Scout Association.

Serving twenty years on the Burlington City Council including two terms as Mayor, Steve enjoys serving others and fixing problems. He received recognition as one of the Triad’s Most Influential People by the Triad Business Journal and served as Chairman of the Piedmont Triad Council of Governments.

Rep. Ross is a graduate of the Center for Advancement of Leadership Skills with the Southern Legislative Conference and a Henry Toll Fellowship Graduate with the National Council of State Governments.

In addition to his government and community service, Steve also has an extensive background in the private sector as a Financial Advisor.

Steve currently serves as Senior Chairman of the Commerce Committee, as Chairman of the Finance, as Co-Chair of the Economic Development and Global Engagement committee, and as a member of the State and Local Government, Insurance, and Rules, Calendar, and Operations of the House Committees.

He and his wife Tammy have four daughters, six grandchildren and are members of St. Mark’s Reformed Church. They enjoy many outdoor activities including camping, hiking and spending time at the beach.