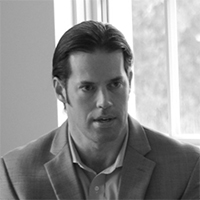 Ryan is founder and CEO of Atom Power. He has been in the electrical design, project leadership, and engineering industries for over 23 years. A native of Charlotte, North Carolina, Ryan began his career as an electrician and worked on large commercial projects for 5 years before starting his study of electrical engineering at the University of North Carolina at Charlotte. Once Ryan received his Bachelor of Science in Electrical Engineering Magna Cum Laude from UNCC in 2004, he continued full-time in his career as a Project Manager for a large electrical contracting and engineering firm. As Project Manager, Ryan negotiated and built some of the most high profile projects in the southeast for several large corporations. Having managed and built over $90-million in construction projects and built over 4-million square-feet of building space, his connections within the industry reach across the world to many building owners and property developers that he has successfully built powerful relationships with. He is an NCEES record holder and a Professional Engineer in five US states and is an active member in IEEE, CLT Joules, and board member of UNCC Electrical and Computer Engineering.