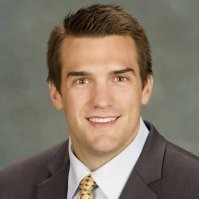 He is also the chairman of the Molten Salt Reactor Technology Working Group (MSR TWG). The MSR TWG is a group of 7 nuclear reactor vendors that provide input and feedback to DOE as it relates to fundamental nuclear R&D in the liquid fueled MSR space.

Nicholas began his career with Southern Company in 2010 working in R&D on wind and solar data analytics. While in this role he designed and installed data acquisition systems and produced technical evaluations of renewable energy resources. In 2011 Nicholas became the technical lead on Power Quality R&D within Southern Company. In this capacity he managed a $400,000 Voltage Reliability research program where he designed systems to collect ultra-high fidelity geotagged voltage and current measurements and consolidate them via cellular networks into a user friendly dashboard. This system has since become the standard for all power quality groups within Southern Company. In 2013 Nicholas took a job in the Finance department at Southern Power.