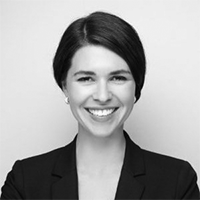 Prior to founding Powerhouse, Emily worked with Van Jones,​ a​ former advisor to President Obama​ turned CNN political ​commentator, to launch​ the Green Jobs Corps​; Oakland’s first solar jobs training program​. Emily is the founding convener of the the Oakland Climate Action Coalition which drafted and secured passage​ of what was the most ambitious Energy and Climate Action Plan of any city in the US. In addition, she ​worked with ​the solar company ​Mosaic to ​secure their first customers and launch their pilot platform. Emily was a 2012 New Leaders Council Alumni,​ was featured in the ’15 for 2015 Women Leaders in Cleantech’, was a winner of the ‘East Bay Innovation Award for Cleantech’, and was a ‘Grist 50: The 50 People You’ll Be Talking About in 2016’. Emily has guest lectured at MIT, UC Berkeley, and Stanford.