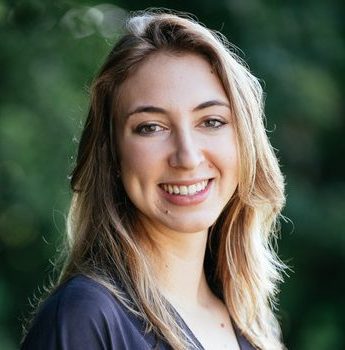 Courtney Bell is the President and Founder of Ungraded Produce. While studying environmental science and economics at Duke University, Bell sought out platforms for creating solutions to local environmental problems, and founded Ungraded Produce her Junior year to address the dual issues of food waste and food access. Bell began running Ungraded Produce full time after graduating from Duke in 2017. In addition to winning the Duke Startup Challenge, Bell raised $250,000 in seed capital, and developed and executed strategies that resulted in a doubling of sales in a two month period. In 2018, Ungraded Produce rescued 160,000 pounds of ugly and excess produce from going to waste, and donated an additional 56,000 pounds of produce to local food banks. After intentionally operating every aspect of the business entirely by herself, she now manages a team of fourteen employees.