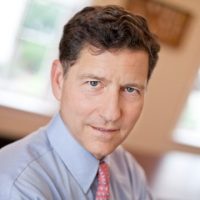 Tom Darden is founder and CEO of Cherokee Investment Partners. Cherokee has raised over $2.2 billion in five institutional private equity funds, and invested this capital in the acquisition, cleanup, development, and sale of approximately 550 environmentally contaminated real estate assets in the US, Europe and Canada. Tom began investing personal capital in environmental companies before raising institutional private equity funds, and approximately 25% of his early stage investments have been founded or co-founded by him. Since the 1980’s he has invested in over 100 environmental companies.

Tom began his career with Bain & Company in Boston, working with Bain from 1981 to 1984. Beginning in 1984, he served for 16 years as the Chairman of Cherokee Sanford Group, the largest privately-held brick manufacturing company in the United States and previously the Southeast’s largest soil remediation company. Tom has served and continues to serve on numerous boards, including the Boards of Shaw University, Environmental Defense Action Fund, Research Triangle Institute, Winston Hotels, Waste Industries, Gentra Systems and Evofem. He was Chairman of the Research Triangle Transit Authority and served two terms on the N.C. Board of Transportation, through appointments by the Governor and the Speaker of the House. Tom earned a Masters in Regional Planning from the University of North Carolina at Chapel Hill, a JD from Yale Law School and a BA from the University of North Carolina at Chapel Hill, where he was a Morehead Scholar.