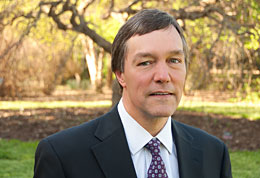 Before starting his private practice in 1999, Bryan clerked for Justice John Webb at the North Carolina Supreme Court, then served as a staff attorney with the U.S. Environmental Protection Agency. Later, in the N.C. Attorney General’s office, Transportation Section, Bryan handled all environmental matters for the North Carolina Department of Transportation. Bryan is a member of the North Carolina State Bar, the North Carolina Bar Association, the American Bar Association, and the Wake County Bar Association. He is an active member of the A.B.A. Environment, Energy and Natural Resources section and the N.C.B.A. Environmental Section, where he was elected to serve as a Council member from 2004-2010. In addition, Bryan is a member of the N.C. Advocates for Justice, N.C.B.A. Lawyer Effectiveness and Quality of Life Committee, as well as the W.C.B.A. Swearing-In Committee. Bryan has taught numerous classes and seminars with an environmental focus. Bryan and Carson, who is also a UNC and UNC Business School graduate, have three children and are members of the Hayes Barton United Methodist Church in Raleigh.