“Trespassing across America: One Man’s Epic, Never-Done-Before (and sort of Illegal) Hike along the Keystone XL Pipeline.” (Carolina Outing Club) 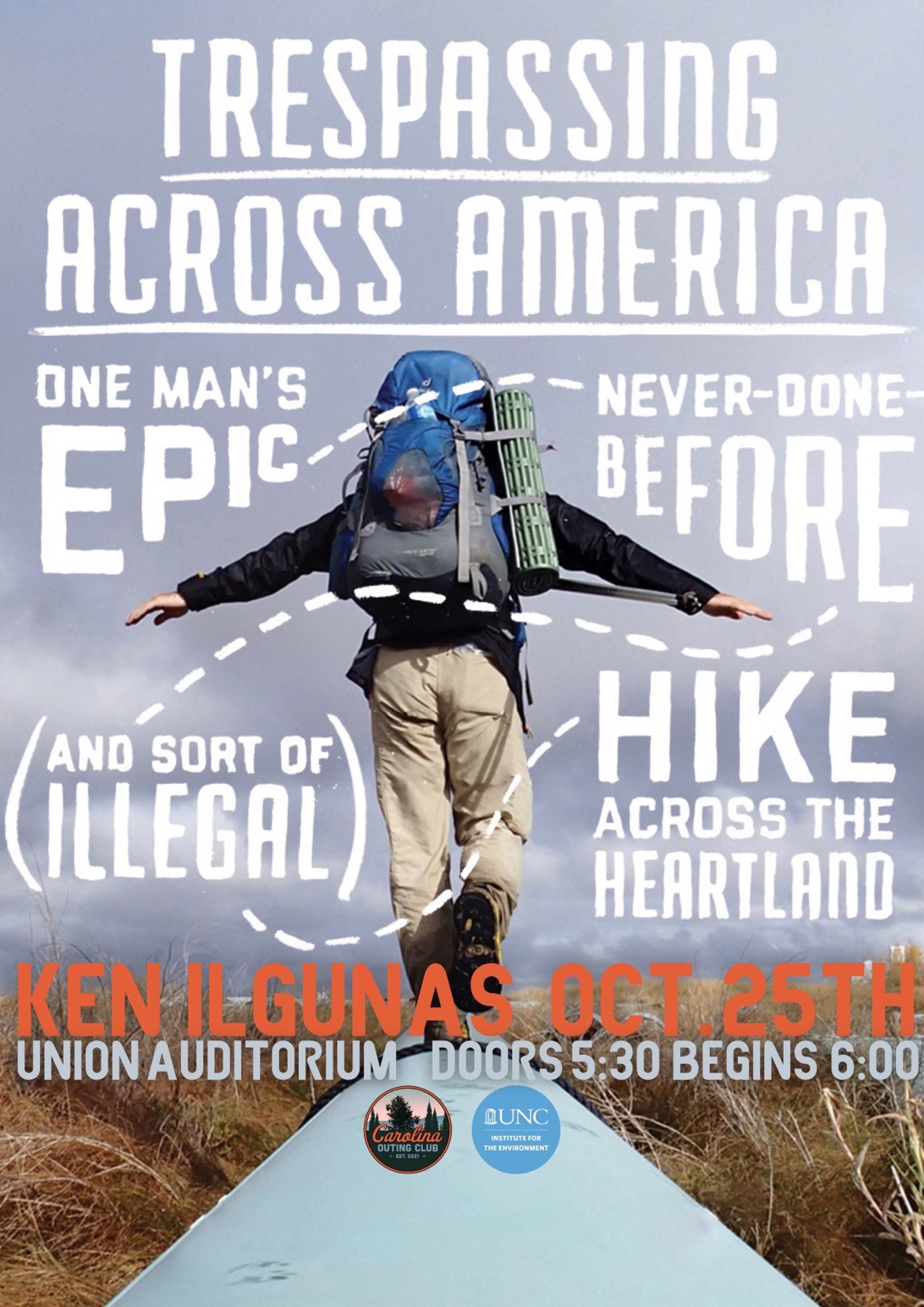 From the Alberta oil sands to the Gulf Coast of Texas, hear about the world’s first modern journey across private property, which trespassed over the Great Plains to answer the question: What is our personal responsibility as stewards of the land?

Ken Ilgunas walked 1,700 miles across North America, following the proposed route of the Keystone XL pipeline, from Hardisty, Alberta, to the Gulf Coast of Texas. On his journey Ken encountered stampedes of cows, charging moose, and climate change deniers. Come learn about Ken’s adventure, the world’s first modern journey across private property, on which he trespassed over one of the most ignored, yet beautiful, regions of our continent–the Great Plains. He’ll talk about the people of the heartland, the right to roam, and the stories that form the basis of his book, Trespassing across America.

Both a travel memoir and a reflection on climate change, Trespassing Across America is filled with colorful characters, harrowing physical trials, and strange encounters with the weather, terrain, and animals of America’s plains. A tribute to the Great Plains and the people who live there, Ilgunas’s memoir grapples with difficult questions about our place in the world: What is our personal responsibility as stewards of the land? As members of a rapidly warming planet? As mere individuals up against something as powerful as the fossil fuel industry? Ultimately, Trespassing Across America is a call to embrace the belief that a life lived not half wild is a life only half lived.

Trespassing across America is a Winner of the Nebraska Center for the Book Award, Travel, a Sigurd Olson Nature Writing Award Notable Book, and Honoree of the Society of Midland Authors Annual Literary Award for Biography/Memoir.