On Wednesday, our group visited the Korea Development Bank (KDB). We first gathered at the hotel for a presentation I gave on the company. My presentation outlined the key facts about the KDB so everyone would have a knowledge base sufficient to understand the upcoming discussion with the bank. The key takeaways from my presentation included that the KDB was government owned yet performs all the functions of a large scale accredited private bank, such as corporate, investment, international, and consumer banking, and consulting. Formed a year after the end of the Korean War, the main goal of the KDB is supporting Korean economic development. The KDB’s primary geographic focus is in Asia, yet it has representation worldwide. Additionally, sustainable development is an essential value of the KDB and they have received awards and accreditations for their focus on sustainability.

After my presentation, we left the hotel and traveled to the bank via subway. This trip was some of our first times using the Korean subway system. It was efficient, clean, and easy to navigate. Many people in our group were amazed at how different the subway was compared to the DC or NYC systems. Likely, the Korean government’s tracking of people’s movement through the subway network contributed to the efficiency of the system. In addition, cultural attitudes towards trash likely influenced its cleanliness. 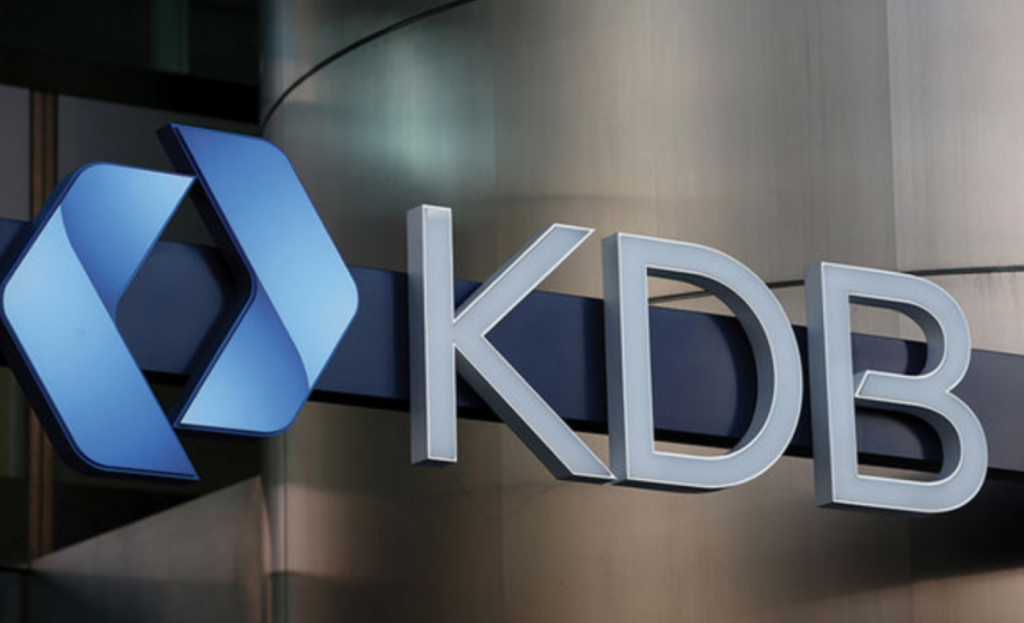 We soon arrived at the Korean Development Bank’s main headquarters. The bank is located in a beautiful modern building with reflecting pools, large windows, and trees towering inside. They greeted us with a large sign saying: The KDB Welcomes Tar Heel University of North Carolina. After a photo op, we were directed into a presentation room. First, a Project Manager in the Project Finance Department (PFD) who had worked at the bank for 20 years talked with us. He provided us with an overview of what project finance is, the Korean renewable energy sector, and the latest trends in renewable energy. After a short break, we were excited to learn that the next presenter was a fellow Tar Heel! Jae Hyuk Chung discussed KDB Next Round, a platform connecting startups in each stage of development with capital to develop their business. After an overview, we talked with the creator of INGINE, a close-to-shore wave power generation company. INGINE had gone through Next Round and received funding from the KDB. The presenter walked us through his pitch as if we would be investing in his company. After another photo op, we thanked the presenters and left via public transportation for our hotel.

The three presentations we listened to at the Korean Development Bank were extremely relevant to the themes of our class. We learned about how the KDB spurs innovation and about trends in solar energy. Since its inception, the KDB has sponsored new industry growth in Korea. The Carolina alumni noted that “we focus on our role as a market maker in every industry.” He mentioned that they are now pushing biotech and energy, among other sectors. The KDB sees its primary responsibility as finding new areas where the Korean economy can excel and injecting finance into those spaces. In the past, the KDB focused on supporting large conglomerates. After many years primarily financing large companies, a challenging landscape emerged for small and mid-sized businesses. Likely through a government directive, the KDB now focuses on promoting small and mid-sized companies. Without the patient capital provided by the KDB, companies still in the development stage, like INGINE, would have a hard time finding funding. Venture capitalists in the US likely would be cautious to invest in this company at the time the KDB did due to its need for more research. However, the KDB, with its governmental connection, has the resources and directive to fund companies like INGINE for the long run. Through Next Round, the KDB is positioning Korea to be at the forefront of the 4th industrial revolution.

The presentations also covered trends in the Korean Solar industry. It was interesting to listen to the perspective of a Project Financer after we had just listened to a presentation by a Samsung Project Manager the day before. The talk at the KDB put into perspective how the solar projects, like Samsung’s, get funding. The KDB prefers to fund projects that have a high cash flow, are non or limited recourse, and have high leverage. They also ensure the projects are eco-friendly. The KDB has provided $73B for 257 domestic project finance deals since 1994, and $9.8B for 116 overseas deals since 2006. In Korea, companies producing over 500MW of energy must abide by the Renewable Portfolios Standard (RPS). The RPS provides standards for the portion of their energy portfolio that must be renewable. Korea strives to be 10% renewable by 2023. While this may seem small, there are significant limitations on the Korean movement into the renewable energy sector. Since there is not much land in Korea, the companies cannot create economies of scale, which makes domestic renewable energy projects expensive. There is also a low capacity factor for solar and wind. We learned that typically the smaller the country, the higher the land cost, which makes the investment cost for development much higher. Despite limitations, Korea is still focused on innovating in the renewable sector. Recently they have been upscaling the diameter of wind turbines to generate more energy, developing new suction bucket technology for environmentally safer installation of offshore wind turbines, and implementing floating solar panels.

The Korea Development Bank presentation was essential to our groups understanding of how renewable energy projects and companies gain funding in Korea. It emphasized how Korean companies and their government intertwine in a way different from US business-government relationships. Traveling back to our hotel, many people expressed that they had a pleasant and informative experience visiting the bank.