During our tour of BYD headquarters in Shenzhen China, we learned that this electric automotive manufacturer is focused on providing an all-inclusive solution to urban emissions and traffic congestion. BYD has four main industries; automotive, electronics, new energy, and rail transit. As we explored BYD, students were predominantly exposed to two interesting divisions; automotive and rail transit. After our visit, we concluded that BYD is committed to developing electric mass transportation to address fossil fuel emissions, traffic design, and urban planning. Indeed, BYD is helping humanity achieve ‘the green dream’ of mankind.

In 2015, BYD launched its’ 7+4 full market EV strategy. This market strategy is a strong attempt at providing a holistic solution in reducing mass transit CO2 emissions in large urban centers. The number ‘seven’ alludes to the conventional vehicle areas that BYD continues to focus on. These areas include: Transit Buses, Coaches, Taxis, Logistics Vehicles, Construction Vehicles, Waste Management Vehicles, and Consumer Vehicles. The number ‘four’ refers to niche automotive vehicles that are often utilized in Mining, Port, Airport, and Warehouse industries. During our tour at the BYD campus in Shenzhen, our guide discussed BYD’s business strategy and highlighted technical and logistical features of the public transit bus fleet and campus Skyrail.

During our tour, we learned that the company has supplied several electric buses to special economic zones throughout China. Furthermore, the tour guide informed students that this world leading AEV manufacturer often seeks to assist various transit authorities and municipalities around the world with reducing public AEV carbon emissions.

Indeed, charity starts at home. In the city of Shenzhen, we observed that almost all city taxis and public transit buses were BYD AEVs. And after our trip to the Shenzhen Public Transit Authority, we learned that the local Chinese government started providing subsidies to the Shenzhen Public Transit Authority to switch from a mostly diesel fueled fleet to an all electric BYD AVEs beginning in 2008.

And yet, BYD’s biggest overseas market is in Europe with a new electric bus factory and distribution center located in Beauvais, France. We were astonished to learn that in December of 2018, BYD supplied several new eBuses to the French town. 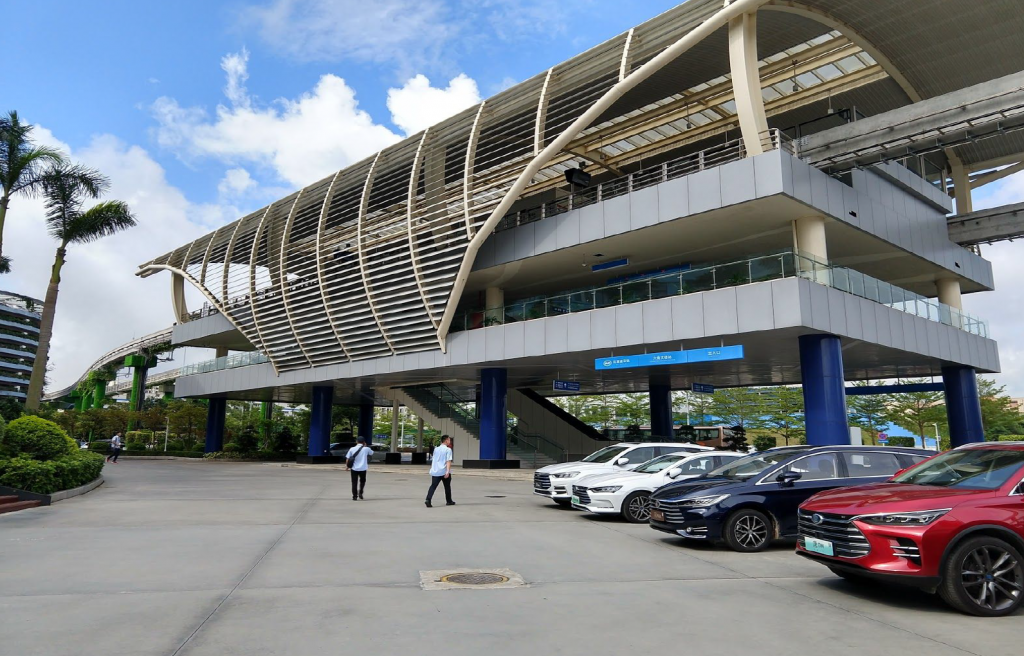 Following the lecture and exhibition hall tour, students had the opportunity to test drive three of BYD’s AEVs, followed by rides on both the campus’ SkyShuttle and monorail. Later, we visited an exhibition hall dedicated to monorail technology and features.

The SkyRail monorail was launched in 2016, as a part of a rail transit solution to traffic congestion. The straddle monorail system with elevated was created to cater to medium sized cities, but later developed for any city – independent of size. The SkyRail is meant to complement current public transportation, ensuring access to all areas within a city and mitigating the last mile effect. Moreover, the skyrail continues to prove advantageous with its short construction period and low cost, it only takes a 1/3 of the times and 1/5 of the money to build in comparison to a subway system. On a smaller scale, the SkyShuttle, is also currently operating within BYD’s Shenzhen Campus, connecting office buildings, apartments, and factories. Upon future development, however, the SkyShuttle will be an expansive transportation network that can be requested by groups of citizens through an app, similar to Uber’s concept. Not only will the app be used to request a ride, but will also be intelligent enough to follow a transportation schedule created by the user. 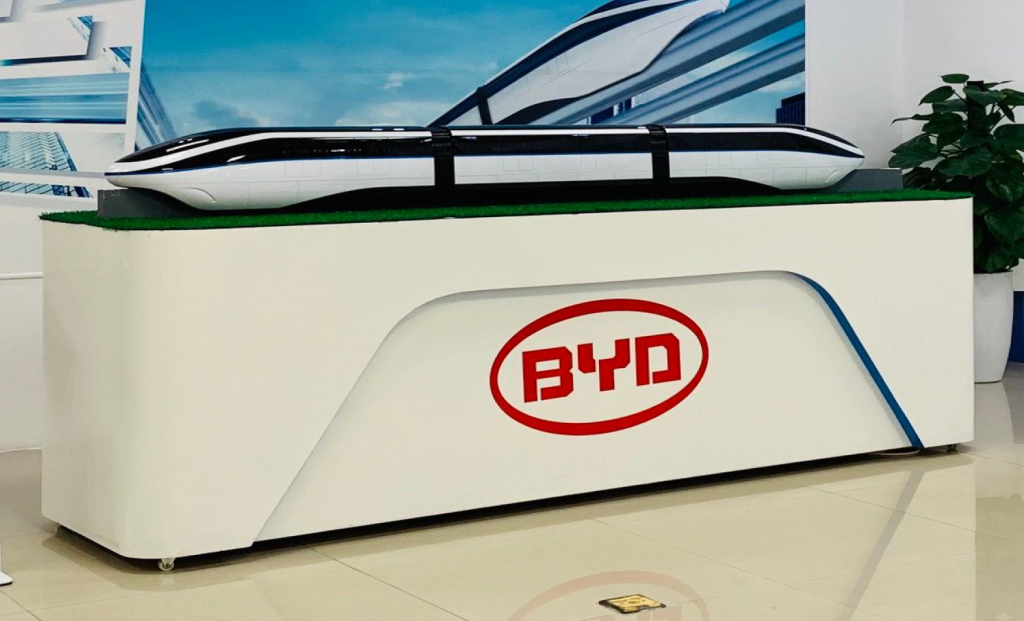 Both the Skyrail and Skyshuttle will help alleviate traffic congestion by bringing the concept of multi-layered public transport to life. However, such innovations did not come at low cost. Within the past 5 years, BYD invested over 5 billion R&B (723,620,400 million USD) to build the entire SkyRail system. Their dedication and passion surrounding traffic congestion serves to emphasize BYD’s innovative capabilities and is definitely an aspect that the United States could learn from. In order to successfully address issues, there must be a commitment to invest in research and development. Moreover, the first SkyRail in Yinchuan, China was installed over the time span of 130 days – serving to depict the efficiency with which Chinese leaders act to implement projects, another important aspect that the United States could be inspired by.

As a group of students interested in clean technology and its’ implementation in everyday life, it was truly inspiring to witness BYD’s endless strive towards the electrification of all transportation across the globe. Unfortunately, some of these AEV mass transportation projects continue to require extensive municipal partnerships and government subsidies to implement and

sustain. Yet BYD’s ‘green dream of all mankind’ is to help cities establish and maintain zero emissions with zero pollution while electrifying various modes of transportation.