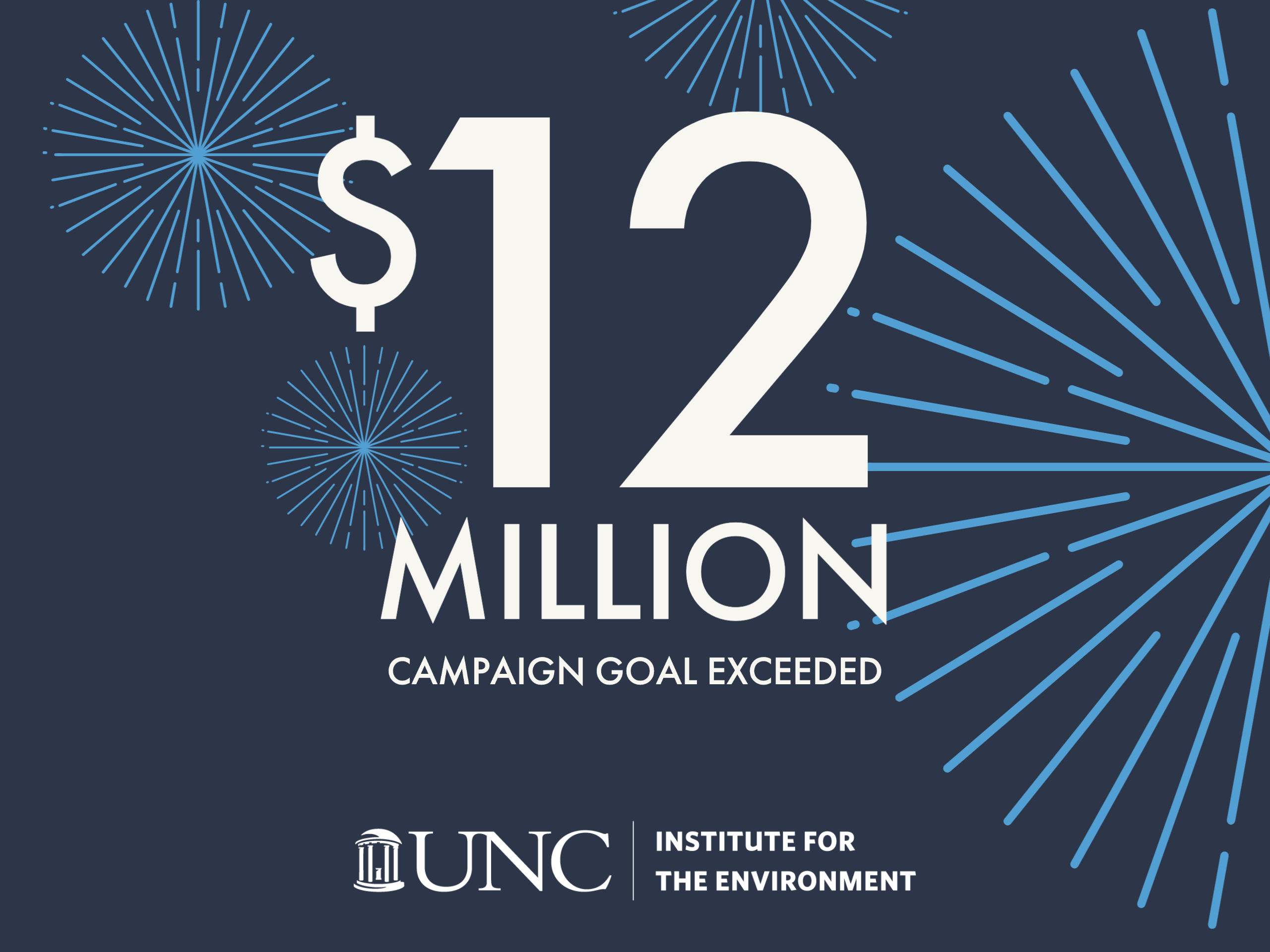 The UNC Institute for the Environment (IE) has surpassed its $12 million campaign goal in Carolina’s campus-wide fundraising campaign. The Campaign for Carolina, launched in 2017, raised a record-setting $5 billion before closing Dec. 31, 2022. In addition to public funding from the state of North Carolina, the Institute depends on the generosity of individual donors, corporations and foundations to carry out its mission of research, education and public service.

“This is an enormous accomplishment and speaks to the confidence the IE’s supporters have in our environmental work,” says Mike Piehler, director of the UNC Institute for the Environment and chief sustainability officer for Carolina. “The Institute for the Environment is a stronger organization with a brighter future because of the commitments we have received from alumni and friends near and far. The generosity of our donors has helped to strengthen our environmental research capacity, extend our community engagement, and empower a new generation of environmental leaders.”

A host of programs were created, enhanced or expanded during the Campaign for Carolina, which publicly launched in 2017, including:

Through these programs, the Institute’s world-class students, faculty and staff have shown their value to the state and beyond as innovative thinkers and problem-solvers and have garnered the attention of investors who believe in their work. Throughout the campaign, the Institute stood-out among UNC programs including being selected for a partnership with the senior class in 2022 to raise money and awareness for a new environmental justice research program and landing on the top 10 leaderboard for several consecutive years for GiveUNC, Carolina’s university-wide day of giving.