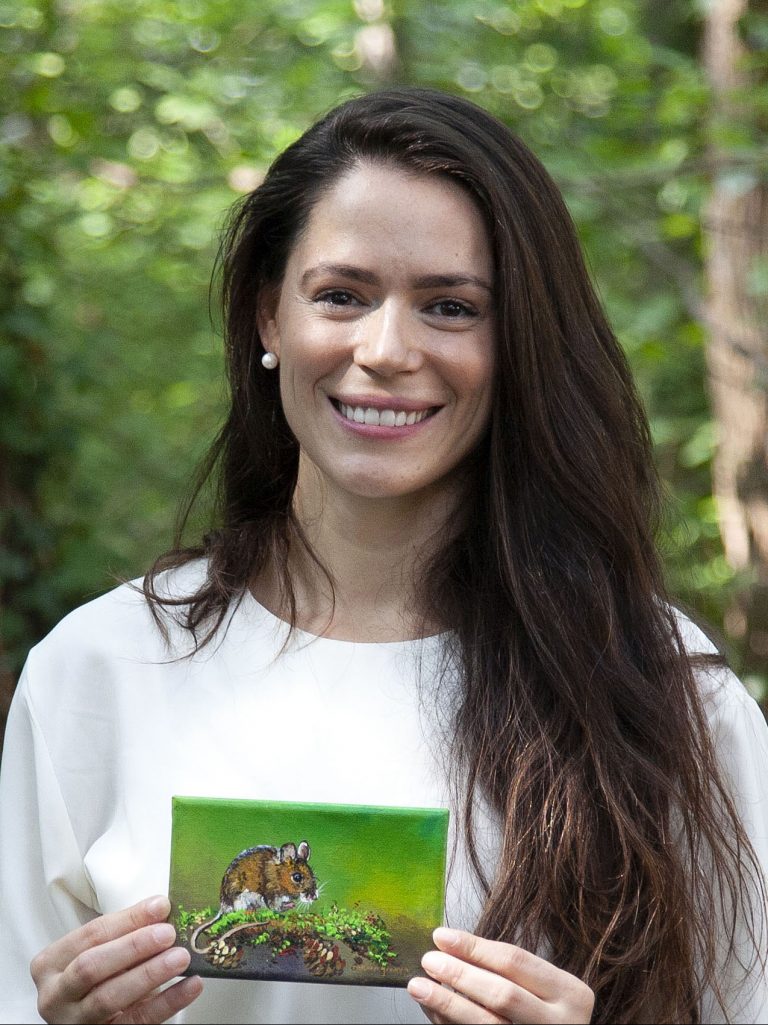 Rada Petric’s love for nature and animals stems from a place of comfort amid tragic events in her childhood: a civil war. Born in Bosnia, Petric was separated from her parents when she was seven years-old. Her mother was a prisoner of war. Petric lived with her aunt for several years before she was granted refugee status and relocated to Greensboro, North Carolina at the age of 14.

“During that time, I developed very bad post-traumatic stress disorder and I used to wake up very late in the night,” recalled Petric. “I would walk to my aunt’s barn, it was kind of at the edge of the forest. I would just snuggle up and sleep in the hay. I found so much comfort with the animals there and the nocturnal sounds and just connected with nature at that point in time. I didn’t come to this realization until a couple of years ago when I started thinking about how did I end up here?”

Now a research assistant professor and director of the UNC Institute for the Environment’s Highlands Field Site, Petric has developed that passion for nature and animals into a career of research and teaching. Growing up in Greensboro gave Petric unique opportunities to pursue her passion. She earned her BS and MS degrees in biology and her doctorate in environmental health sciences from UNC Greensboro.

“I knew I wanted to major in biology,” she said. “I ended up joining the bat and mouse lab at UNC Greensboro with Dr. Matina Kalcounis-Rüppell. She introduced me to field work and I was like wait, I can do this for a living?”

Kalcounis-Rüppell mentored Petric and helped her to develop her own research pursuits, which focus on the effects of man-made noise on wild mice.

“Everything I did was field-based research and during this entire time, one of my primary goals as a researcher was to encourage others and show them the possibility’s just like Matina has showed me,” she said.

Petric trained more than 50 students in field-based research while a student at UNC Greensboro. Petric’s own research took her to California for several years to collect data.

As a teacher, Petric’s passion is infectious and her goal is to help her students communicate science effectively to others, especially those who will influence policy makers.

“A lot of people lack that fundamental science information and they are making policies when they don’t have the background in it,” she said. “So I think it is important to be able to communicate science to everyone.”

As part of the field site experience at Highlands, Petric includes student-run digital and social media communication as part of the course so students get that first-hand experience communicating science to the public and other scientists. As a graduate student, Petric won the 2018 Three-Minute Thesis Competition at UNC Greensboro for her ability to describe her dissertation effectively in 3 minutes.

At the Highlands Biological Station, Petric has the opportunity to interact with other researchers who came from all over the globe. She enjoys learning from them and sharing what she learns with her students.

“My goal is to really help them to whatever goals they need to accomplish to get to the next stage of their life,” she said. “Getting to know the students, helping them develop their skill sets to become more competitive when they do reach that next step and transition into whatever workforce they decide on.”

As director of the field site, Petric aspires to grow the program, attracting more local students from Western NC and underrepresented minorities.

“A single scientist cannot do this all on their own we need everyone to come together and work on these environmental related issues together,” she said.

“I think it is imperative to recognize the partnership and what they have contributed to this because without them this would not have happened,” Petric said.

Her position and the field site program would not be possible without the support and investment from Highlands Biological Foundation.

“The foundation has really recommitted to inspiring the next generation of field scientists,” said Charlotte Muir, executive director of the Highlands Biological Foundation. “When this opportunity came to make a big investment in the IE program, it was no brainer. It was perfectly aligned with our mission and our vision of bringing researchers to Highlands. Highlands is such a special place in the world for field science and a biodiversity hot spot.”

Outside of her professional endeavors, Petric is a self-proclaimed adrenaline junkie. She likes sky diving, rock climbing and other adventures that get her heart racing. 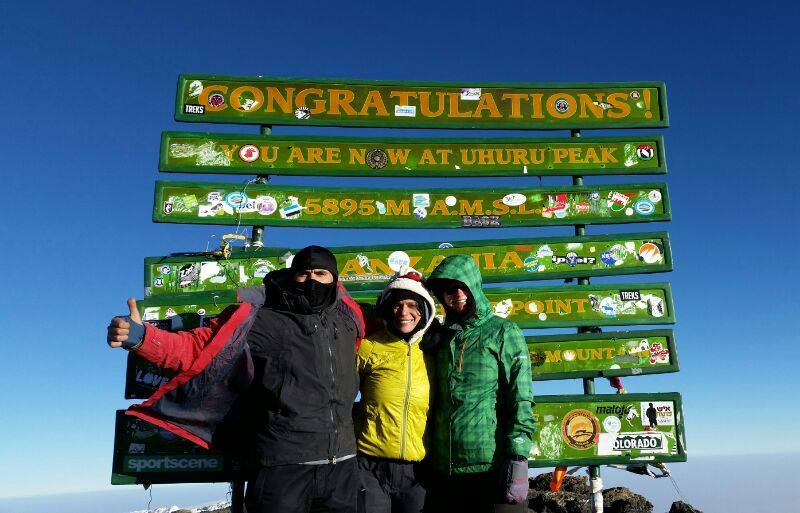 “A few years ago, I climbed Mount Kilimanjaro,” she said. “On the way back down that I felt like I was moving so fast, there was loose rock and it was basically like skiing down on rock. It was the most exhilarating experience I’ve ever had. You couldn’t even process the information fast enough. It was amazing.”

Her love of thrills, nature and animals has equipped her to lead the Highlands Field Site with an unmatched enthusiasm.

“I am very much a field biologist,” she said. “I love being out in the field—it is my favorite thing to do—to be in the forest and listening to the animals and recording them. The work is strenuous. It’s very hard, most of my work is nocturnal so it’s hard to see, but it’s very exciting and I am just a field-research biologist at heart.”