Home / Education / Salvesen to retire after two decades at Carolina 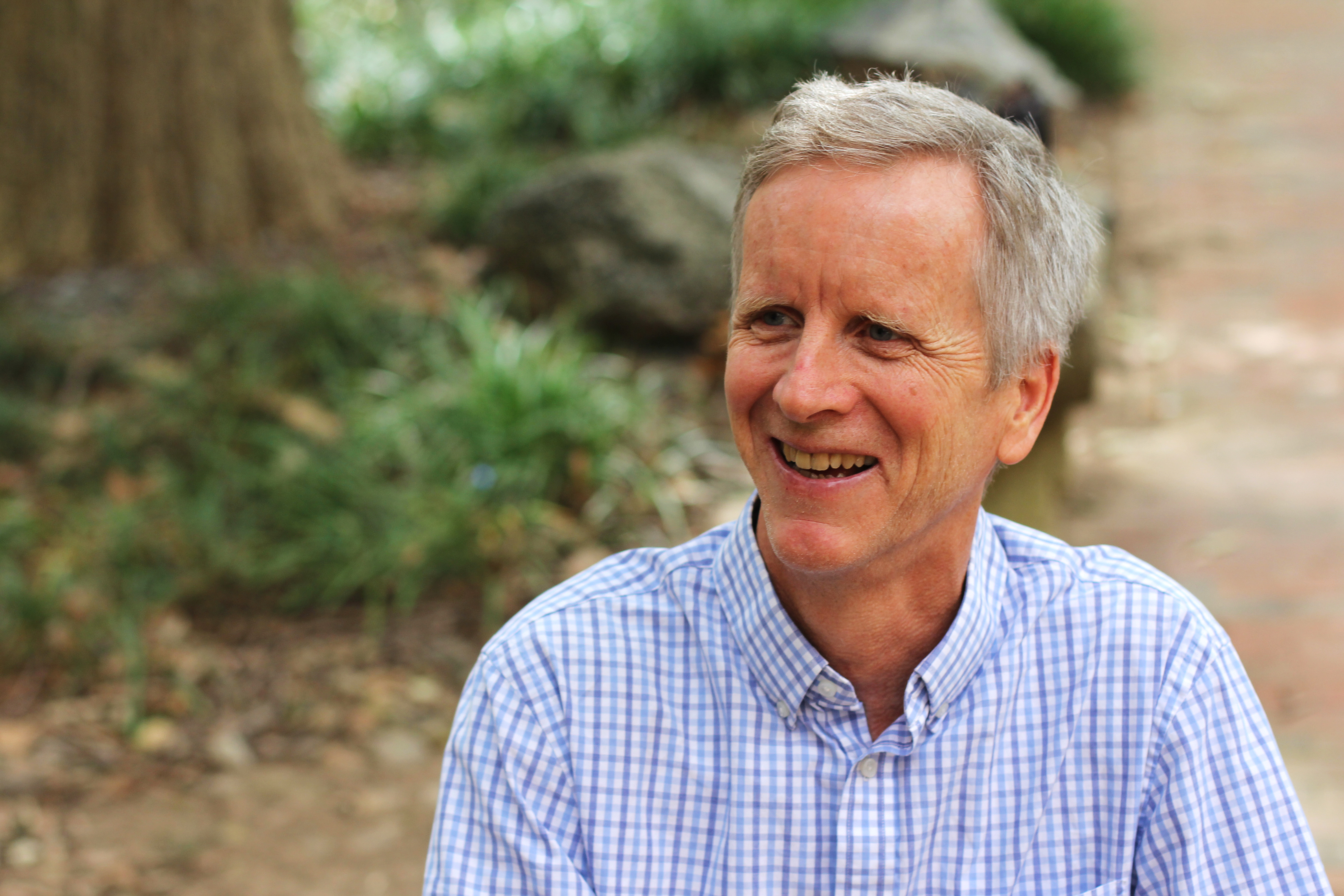 This month, David Salvesen will celebrate retirement after a career spanning two decades at the University of North Carolina at Chapel Hill. His professional story tells of the importance of people in the environmental field, as he leaves behind a legacy of impacting students and communities at UNC and beyond.

“David’s work advanced education, research, and service to the state,” said Mike Piehler, director of the UNC Institute for the Environment and chief sustainability officer at UNC-Chapel Hill. “He will be missed, but his legacy will endure.”

Salvesen’s love for the environment began at a young age. Growing up in a small town in New Jersey, he spent lots of time outdoors. His passion for nature led him to Rutgers University where he earned a degree in natural resource management in 1980.  Salvesen worked at a couple of nonprofits and even an organic farm until he went back to school for a master’s degree in urban and regional planning from the University of Wisconsin-Madison in 1984.

After obtaining his master’s degree, Salvesen worked as a land-use consultant in Washington, D.C. and Sydney, Australia for many years and later earned his doctorate at UNC-Chapel Hill. After he graduated in 2002, Salvesen stayed at UNC and joined the Center for Urban and Regional Studies and later the UNC Institute for Environment.

“I had a career before I came to Carolina, so my career path was a little different, I suppose, than that of most people at UNC, in that I worked in consulting, local government and at a nonprofit before I decided to go back to school,” said Salvesen. “I was almost 40 when I started on my Ph.D.”

Salvesen said it was the people that drew him to Carolina. He was excited to work alongside leading figures of land-use and management that were here when he arrived and he has been fortunate to work with brilliant colleagues over the years.

“I have worked with some fantastic colleagues,” he said. “The people that are coming into Carolina, both the students and faculty, are getting just smarter and smarter and more capable, it’s almost hard to keep up sometimes,” he quipped.

Salvesen also loved to get out into the community. He led projects with some of the Native tribes in North Carolina, such as the Coharie and the Lumbee Tribes. He produced a set of short films called Climate Stories NC where he interviewed farmers, beekeepers, fishermen, and others around North Carolina about the impact of a changing climate on their communities and livelihoods. Not only does he love working with these communities in North Carolina, but he also loves giving back.

“I feel an obligation to give back in some small way,” he said. “I just enjoyed myself personally doing work in these communities and I think my students enjoyed that as well.”

As a faculty member at the Institute, Salvesen was director of the Sustainable Triangle Field Site and taught capstone courses that took students to communities all over the state. He led a Burch summer research seminar to Germany, Spain and Denmark. Salvesen always found ways to engage students in the research he was doing in sustainability and resilience to natural disasters. Much of his research focused on floodplain buyouts and the process of moving communities out of flood-prone areas.

His most recent capstone paired his students with the Boys and Girls Club of the Coastal Plain in New Bern, a city on the Neuse River near the Carolina coast. The students sought to help a historically Black community, called Duffyfield, strengthen its resilience to floods, while honoring a rich cultural history. Read more.

His advice to students is simple: follow what you are passionate about and what draws you in and gets you excited. He says not to worry about figuring out what students want to do within their first year, but rather using the opportunity of studying at Carolina to expand your horizons and find your interests.

“Really, life’s too short to do what you don’t find tremendously interesting, why do something that you don’t really like to do,” Salvesen said.

After retirement, he plans to read  more fiction, spend time with family and friends, travel out West with his wife, and what will take up most of his time is working on the fixer-upper home they bought two years ago. Overall, he plans not to completely disappear, and would like to continue teaching part-time both at UNC and at the Nicholas School for the Environment at Duke University.

“I enjoy my work, I always look forward to going to work,” he said. “There was rarely a day I woke up and said ‘I really don’t feel like going to work today.’ I was always doing something interesting. I loved my classes, liked my students, I enjoyed the people I had the pleasure to work with—so, why wouldn’t I continue doing that in some way.”

Salvesen’s students, such as former student Brian Vaughn who is now a research assistant at NC State, recognize his legacy.  “In his retirement, David leaves a significant legacy. The Institute for the Environment,  the E3P program, and the public’s understanding of environmental issues in North Carolina are elevated thanks to David’s decades-long involvement in Chapel Hill and beyond.”