Home / Feature / Bradley steps on to UNC System Board of Governors; steps off IE Board of Visitors 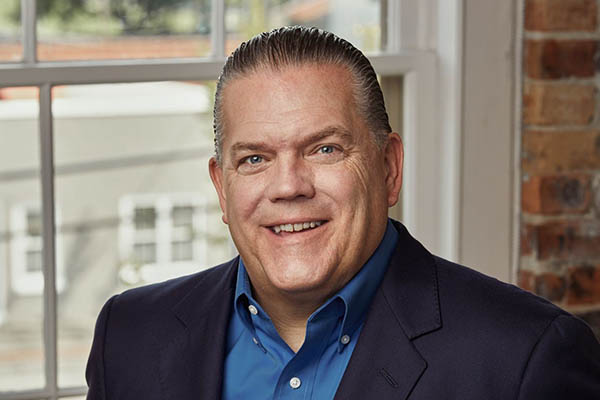 It may seem unintuitive for a real estate developer to serve on an environmental board, but through a series of chance encounters turned friendships, Kirk Bradley did just that. Bradley, chairman, president and CEO of Lee-Moore Capital Company, served on the UNC Institute for the Environment Board of Visitors for more than 16 years. As he steps down from the IE Board of Visitors, he steps into a new role with the UNC System as an appointee of the UNC Board of Governors.

“I certainly didn’t know when I started that I was going to be a real estate developer,” Bradley quipped. “I sort of backed in sideways to that, I guess.”

Bradley grew up in Marietta, Georgia, but spent a lot of time in Sanford, NC, because his parents were from there. He was very close to his maternal grandfather, who tragically died on the way to his high school graduation. His grandfather and uncler were central to the family business, Lee-Moore Oil Company, which at the time was primarily a gasoline distributor.  His uncle co-founded a convenience store chain called “The Pantry,” now part of Circle K.

Growing up, Bradley was a trumpet player and marched in The Spirit of Atlanta Drum and Bugle Corps. He had planned to go to Duke University for his bachelor’s degree, but a last-minute music scholarship offer from East Carolina University piqued his interest and he accepted it. It wasn’t long before he realized his career path was not going to be band director, so he transferred to the University of Georgia and earned his undergraduate degree in management information systems.

Immediately after graduating from Georgia, he went to Duke University to get his MBA, in finance, but he also took some real estate classes.

“That was really where my interest in real-estate came from,” he said. “Then I went to work for my mother’s family’s business.”

In the back of his mind, Bradley was grooming himself for his grandfather’s business. After his grandfather’s death, he had spoken to his uncle, who was a serial entrepreneur, about the business. Bradley’s uncle saw the potential in his nephew, but wasn’t sure if it was something he would even be interested in. Bradley ultimately spent his summers between business school learning the ins and outs of the family business.

With a new skill-set and a fresh perspective, Bradley’s uncle tasked Kirk with examining various parts of the business.

“It gave fuel to my uncle’s fire to want to do different things,” Bradley said. “I spent a lot of time analyzing deals, one of which was a real estate development that became known as Governors Club in Chapel Hill. That was my foray into big time development.”

Governors Club is a 2,000-acre community situated around an award-winning 27-hole Jack Nicklaus Signature golf course. The project included retail and commercial real-estate around the community.

Part of the planning of the community entailed developing waste water resources because there was not a municipal water system to tap into in the area. Governors Club was the second non-discharge permit in the state of NC, which means that all of the waste water is treated to one-step below drinking water and used for irrigation on the golf course and common areas.

While working on the waste water system, Bradley met Steve Levitas, a former deputy secretary of the N.C. Department of Environment, Health and Natural Resources and longtime environmental law attorney, and David McNelis, a beloved and renown environmental UNC-Chapel Hill faculty member and a property owner in Governors Club. Both men were members of the IE Board of Visitors. One day they invited Bradley to lunch and suggested he, too, join the board.

“I liked what they were trying to do,” Bradley said. “For a population to grow and live, you’ve got to have a built environment and you need to understand how best to create that.”

Bradley’s conviction that the environment and real estate development are not incompatible have led him to serve on an historical preservation board, as well.

“Kirk has been a tremendous supporter of the IE,” said Mike Piehler, director of the UNC Institute for the Environment and Carolina’s chief sustainability officer. “His commitment to the Cleantech Summit helped shape it into the amazing asset it is now. Meeting environmental challenges requires committed people with diverse perspectives and great ideas—Kirk has brought that to the IE, and we are excited for him to bring that to the UNC System.”

Bradley’s time on the IE board was spent advocating for the next generation of environmental leaders. When Bradley joined the board, the Institute was known as the Carolina Environmental Program (CEP). The board made it their priority to convert the program to a full-fledged school of the environment. The effort resulted in the transformation of the CEP to the Institute for the Environment.

“That was very edifying in a very positive and negative way of how universities work,” he said. “One of the things that became apparent to me is if we were going to be successful as an entity, then we needed to really develop our own private resources.”

Bradley was on the initial task force to raise seed money to fund a development officer to help the Institute secure private funds to grow and enhance the Institute’s reach. He enjoyed working on the planning efforts leading to the University’s “Campaign for Carolina,” UNC-Chapel Hill’s most ambitious fundraising campaign. In general, he enjoyed the cohesiveness and camaraderie of the board.

“I just enjoyed the people and the presentations,” he said. “It was always fun to come to the meetings. It was always fascinating to see the work of the faculty and especially the students—that was a big emphasis for us to try and make sure there was connectivity with the students and having the student groups come in.”

Another emphasis of Bradley’s was to support the university in convening other public and private entities to work together to actually solve environmental issues.

“I enjoyed being a part of it and I wish all of the members of the Institute board and staff much success. I was honored to serve and appreciate the opportunity,” he said.

After 16 years, Bradley hangs his hat from the Institute, but continues on in service to the UNC System as a member of the Board of Governors. The 24 members of the board are elected by the N.C. General Assembly and have the responsibility for the planning, development, and overall governance of the UNC System.

“I am just excited and honored to have been selected to serve and look forward to learning more about our university system and supporting President Hans in his role and following his leadership.”

Bradley hopes to highlight paths to college affordability in the state during his service. He also hopes to focus on economic development in communities, including rural communities, across the state.

“I really see the universities as engines for economic development,” Bradley said.  “Our universities can be engines for growth in creating new companies because of the research they do, but also because the campuses are dispersed in communities across the state.”