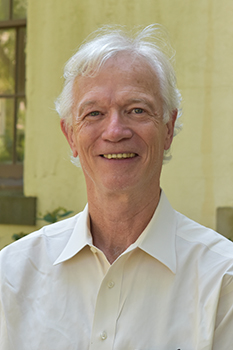 “The Institute for the Environment, by its nature, cuts across the campus. We will be doing interdisciplinary research that’s transformational for communities while simultaneously training the next generation of students,” Berke says. “In every project, we will build that in.”

Berke’s vision for the center will be to collaborate with faculty and students from across campus and beyond to engage communities in understanding their vulnerability to natural stressors, particularly in an era of climate change.

This new center will focus on creating solutions for communities to become more resilient and sustainable by engaging these communities in identifying susceptibilities and using research to meet the communities’ needs. Students will be integral to research and community engagement, preparing them for future leadership in the field. Through capstone courses and field experiences, students will get hands-on experience for interdisciplinary degrees and certificate programs.

“We’re particularly interested in resilience in the sense that we have growing threats and they might be getting worse,” Berke says. “We’ve been building in dangerous places for a long time, coastal areas and so on, but now under the threat of climate change, we know the risks are rising. As the climate warms, we are going to see the hurricanes increasing intensity, the rivers widening, the droughts becoming more frequent. What’s that going to  mean for disease transmission and destabilized ecosystems? This work requires partnering with communities at the neighborhood level, in big cities, or small local jurisdictions on the coast.”

“Community resilience is a pressing societal issue,” says Mike Piehler, director of the UNC Institute for the Environment. “ This new center will provide critical information to improve decision making by all stakeholders.  A community-based research approach, considering the social and natural systems as necessarily linked, will be the hallmark of this transdisciplinary effort.”

Berke has a long history at Carolina and the Institute. While a faculty member in the Department of City and Regional planning at Carolina from 1995 to 2013, Berke served as director of the Institute’s Center for Sustainable Community Design for six years. Within that time frame, he also acted in interim and deputy director roles for the Institute.

“I look forward most to working more with faculty who are boundary spanners,” Berke says. “I think the Institute provides the institutional structure and framework to foster that kind of work. We are siloed into departments and colleges, but the Institute can offer a way. It’s my job to be able to bring these different faculty and students together.”

“I was always inspired by the Board,” he says. “They come from a range of careers and different perspectives, but they really care for the environment and they are very influential people.”

Berke always has harbored a passion for the environment.

“I wanted to be a forest ranger when I was 12 years old,” he recalls. “I grew up in the Hudson River Valley in upstate New York, and spent many summers through college in the Adirondacks and Northern New York and the Green Mountains in Vermont.”

He earned his bachelor’s degree in economics and environmental science from Empire State College, but uncovered his passion as a master’s student at the University of Vermont.

“I was interested in the kind of hydrology and forest ecology that I was studying, but I always wanted to engage and move the work that I was doing into communities,” he says. “I came across this whole area of land use and environmental planning. It found me in a way, I didn’t find it,” he quipped. “I have my cake and eat it, too.”

Berke went on to get his doctorate at Texas A&M.

“At UNC, I wound up at one of the best city and regional planning departments in the country,” he says. “It was amazing. I worked with iconic figures in the department and learned a ton in the nearly 20 years I was there.”

Berke began his career at Texas A&M as a research scientist. Within a few years, he became assistant and then associate professor in the Department of Landscape Architecture and Urban Planning. He was recruited to Carolina in the mid 90s by the Department of City and Regional Planning. By 2014, he was being recruited back to Texas A&M to launch an Institute for Sustainable Communities—which he did.

“But all great things come to an end,” he says. “And, I just missed Carolina. That’s home.”

“Phil is an internationally renowned resilience researcher and problem-solver,” Piehler adds. “He is an effective team builder and a fantastic colleague who makes everyone around him better. I am thrilled to have him leading this new center.”

Learn more about the Center for Resilient Communities and Environment.