Scientists have documented many benefits of living shorelines, but until now there have been no studies on their capacity to remove nitrogen from the water, a natural process called denitrification. The ability of living shorelines to remove nitrogen enhances water quality by reducing the likelihood of excessive algal growth that can be detrimental to human health and aquatic life. At the Piehler Lab at the Institute for Marine Sciences, UNC student Kathleen Onorevole conducted a study of living shorelines and their ability to moderate nitrogen in coastal waters as part of her master’s degree program in the Department of Marine Sciences.

Living shorelines are a great example of a technology that arose from the understanding of the function of natural systems. They are a natural alternative to prevent erosion along the shores of estuaries. Instead of using manmade structures like bulkheads, a type of marine retaining wall, individuals and communities can construct living shorelines using marsh grass bordered by oyster reefs or other hard substrate. 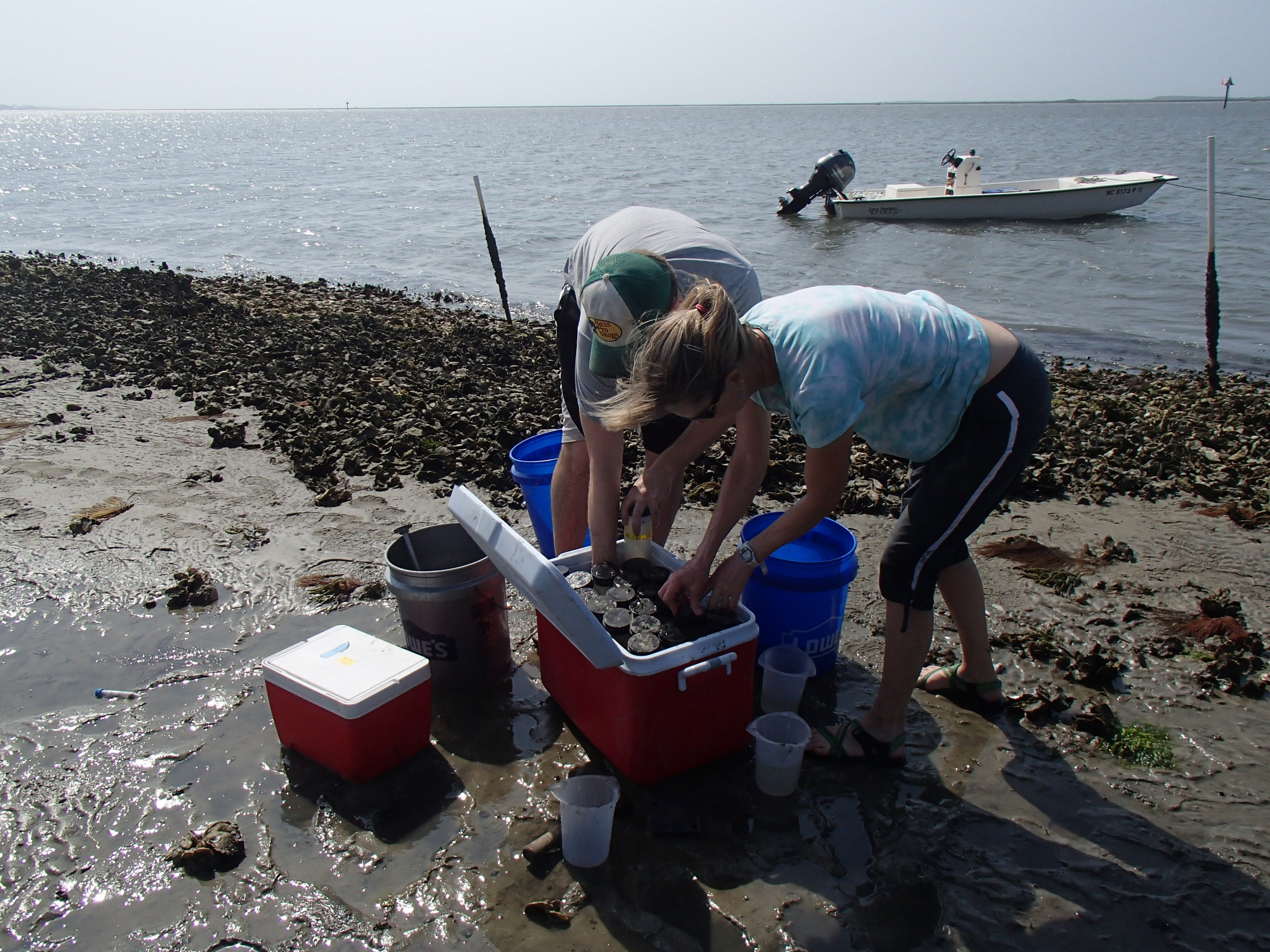 Onorevole sampled several living shorelines on the North Carolina coast to quantify denitrification, among other environmental parameters. She collected samples seasonally for a year, which consisted of four living shorelines that were constructed at various points in the past. By treating these sites as snapshots in time, changes in each parameter at a single model site could be analyzed over time. 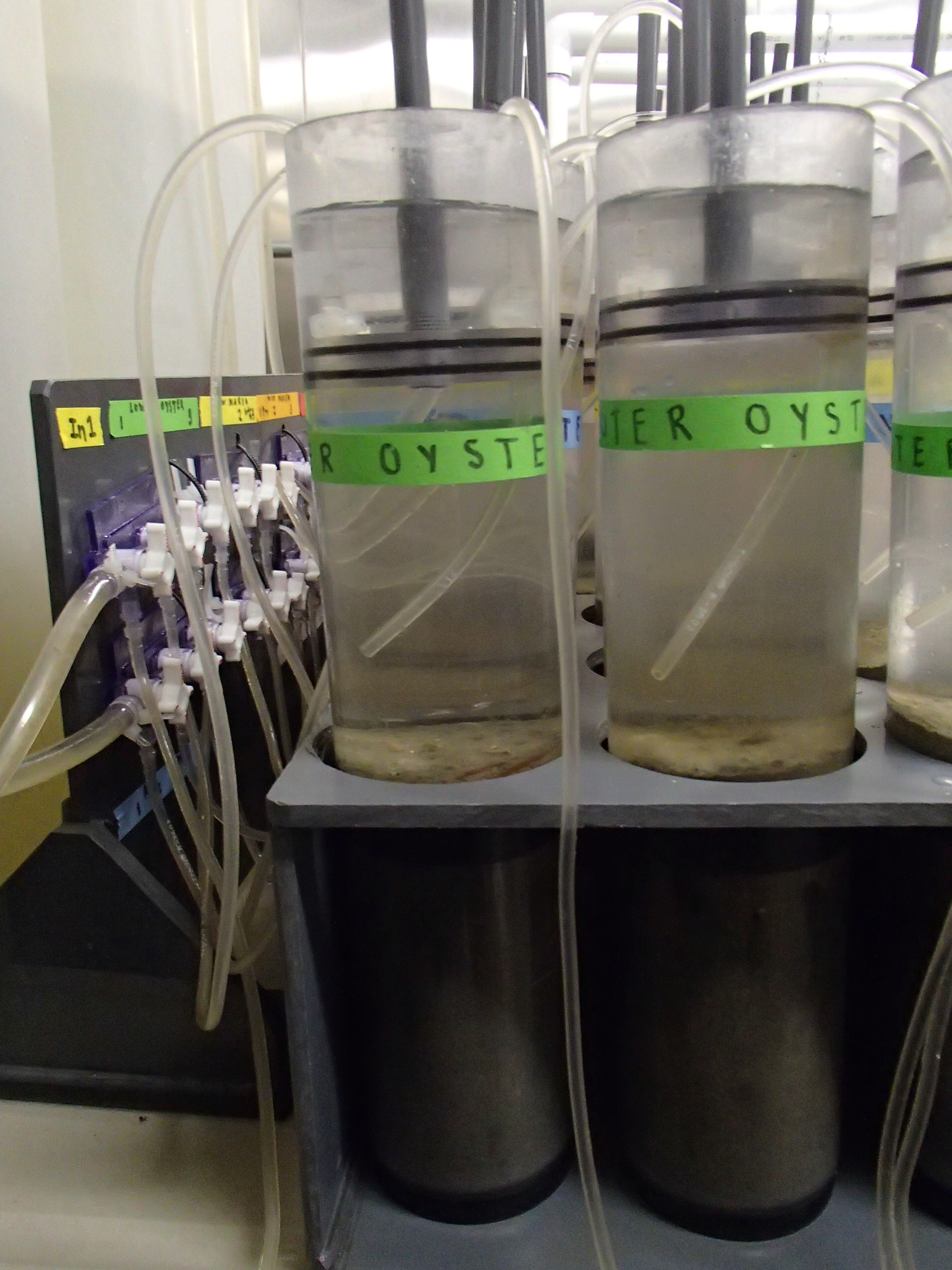 Onorevole found that denitrification increased within seven years after living shorelines were constructed and was sustained afterwards. All of the habitats, including oyster reef, saltmarsh and mudflat had similar denitrification rates, suggesting that the living shorelines were functioning as a fairly homogenous unit in terms of nitrogen removal.

She also found that denitrification was not accompanied by the production of nitrous oxide, a strong greenhouse gas that is sometimes associated with the denitrification process, alleviating concerns of the potential for this unwanted effect. Overall, this study demonstrated that shortly after they are constructed, living shorelines can provide valuable nitrogen removal and help moderate coastal water quality.

Her research article will appear in the September issue of Ecological Engineering. Read the full article. 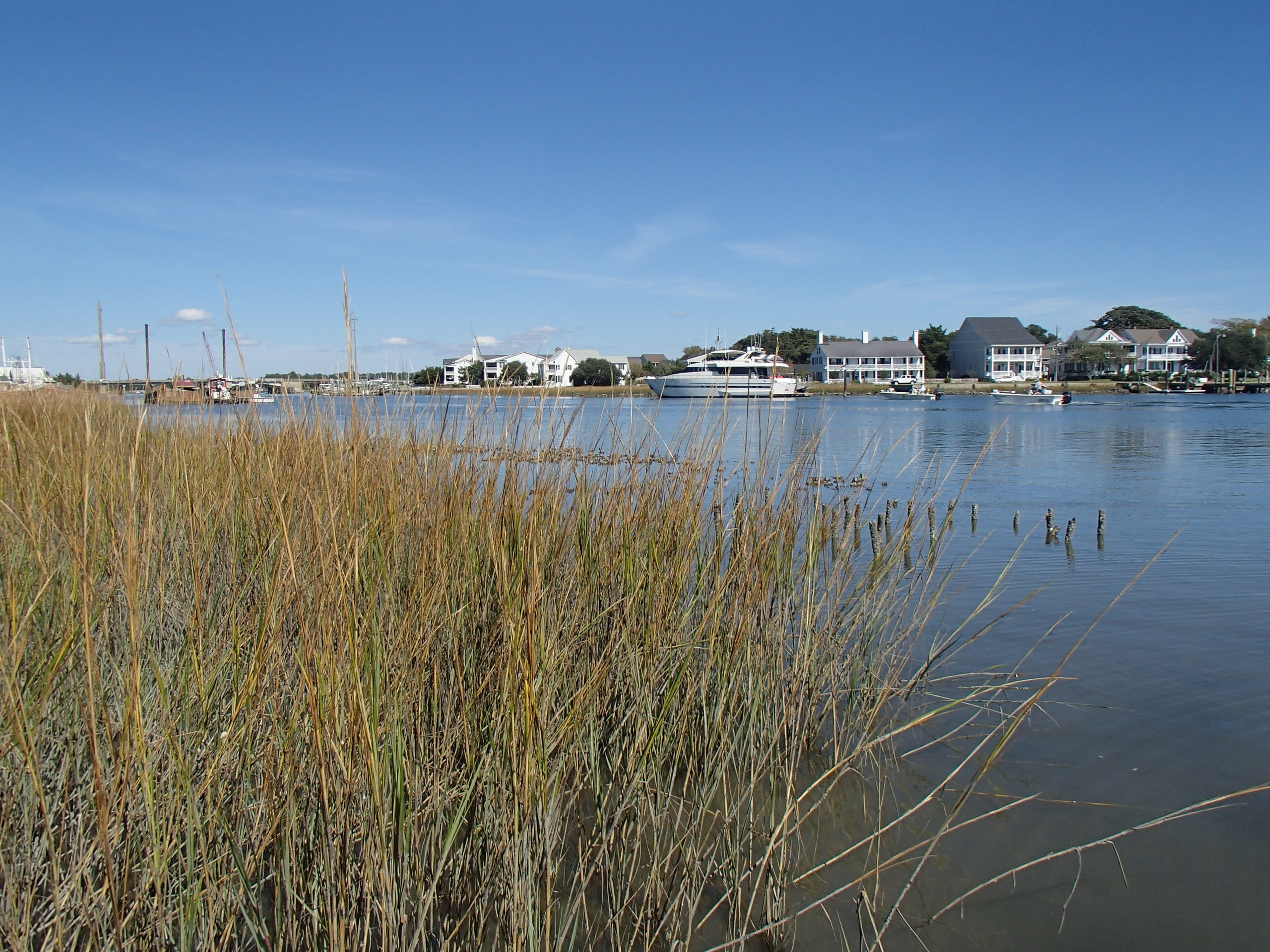 This research also served as a foundation for a capstone class at the Morehead City Field Site, with Onorevole serving as a graduate research consultant (funded by UNC Office of Undergraduate Research).  She also was honored with an Impact Award by the UNC Graduate Education Advancement Board, recognizing the quality of the research and its value to North Carolina. The project was funded by the Biological Oceanography Program at the National Science Foundation.

The Piehler Lab focuses on understanding how aquatic systems function and the value that they bring to people. One aspect of that work is developing new approaches to sustain the function of natural systems in areas where human activities put pressure on these systems.