David Nicholas McNelis ’74 (Ph.D.) and his wife, Gladys Hau McNelis, of Chapel Hill, are on an epic journey that has taken them across the nation and around the world.

It all started in 1958 in Gladys’s native Puerto Rico where, as a young lady (only 17!), she was smitten with a dashing U.S. Army officer on a tennis court. David, the middle child of seven, was two years into his commission, having graduated in 1955 from Gannon University’s ROTC program (Erie, Pennsylvania, David’s hometown) with a degree in physics. While he was stationed in Puerto Rico, the pair wed in 1960.

Nearly 60 years have passed since then, and they have made the most of every moment. They’ve reared three children, and David earned his master’s degree in nuclear physics from the University of Alabama and his Ph.D. in environmental sciences and engineering from Carolina. His career spans more than 50 years of leadership in environmental sciences and engineering research, development, and operations in government, academic, and private sectors. Gladys has been by his side every step of the way, supporting him, encouraging him, keeping him grounded, celebrating triumphs and softening setbacks.

“I knew early on that David’s work and service would have a significant impact on many areas — from military and governmental applications to academics, private industry and beyond,” Gladys said. “I’m so proud of all David has accomplished during his career and all we’ve been able to do together.”

Over the years, the couple strategically built significant real estate holdings, and are now leveraging their property to formalize their estate plan and realize their philanthropic goals. They recently documented a $6 million bequest to Carolina to benefit the Institute for the Environment, the Department of Environmental Sciences and Engineering (ESE) in the Gillings School of Global Public Health, the Lineberger Comprehensive Cancer Center (LCCC), and the College of Arts & Sciences. The bequest included a previous commitment of $2.5 million to benefit the Institute. 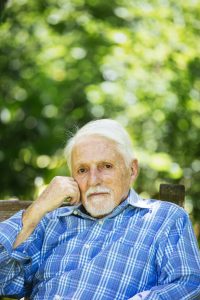 “Gladys and I have built a wonderful life together and are fortunate to have been able to do the things we love and contribute in meaningful ways to the future,” David said. “I have been privileged in my professional life to continue my quest for knowledge and to have the support of colleagues, family and country to pursue my interests and goals. These gifts are another way we can make a difference and secure our future also.”

The McNelises are investing in areas where Carolina excels and that are key foci of the For All Kind: the Campaign for Carolina, the University’s most ambitious fundraising effort ever—faculty, students and research. Their bequest commits $2 million to create two joint term professorships—The David N. McNelis Distinguished Professorships in the Environment—between the Institute and ESE. A second $2 million will create a seed grant fund in LCCC to support research in head and neck oncology— the Timothy Robert McNelis Seed Grant for Head and Neck Cancer Research — named for the McNelises’ late son. Their gift also commits $1 million to create the David N. and Gladys H. McNelis Graduate Fellowship Endowment benefitting students in ESE and the Institute, and $1 million to the College of Arts & Sciences to create the David N. and Gladys H. McNelis Chancellor’s Science Scholars Excellence Fund to support the Chancellors Science Scholars program.

David, an expert in nuclear physics and environmental sciences and engineering, spent a decade in the Army, then led several units at the Southwestern Radiological Health Laboratory in Las Vegas, Nevada. After earning his doctorate at Carolina and while still a Public Health Service officer, he served with the Environmental Protection Agency to design environmental monitoring programs for air and water quality to help determine environmental impacts from accelerated energy resource development.

From there he went to the University of Nevada-Las Vegas and established its Environmental Research Center (ERC). Completely interdisciplinary and self-supporting, the ERC grew to more than 100 staff.

Later he returned to the University of Nevada-Las Vegas as associate vice president for research overseeing the Office of Research Administration, the National Supercomputer Center for Energy and the Environment, and the Environmental Studies Program. The post also included graduate faculty status in the Water Resources Management Program.

In 1997, he joined Carolina’s faculty and focused on building and growing the Environmental Program’s research enterprise, developing an undergraduate curriculum, organizing course delivery, directing student research and teaching. David has mentored many Carolina students over the years and he continues to serve as a mentor. Last semester he mentored students from the department of physics and astronomy.

He also joined the faculty at North Carolina State University as an adjunct professor in its Department of Nuclear Engineering.

The pair have chosen to spend their retirement years in Chapel Hill, in a condo overlooking the storied Franklin Street, walking their two dogs through the Coker Arboretum and spending time with colleagues and friends at one of Chapel Hill’s many popular watering holes. 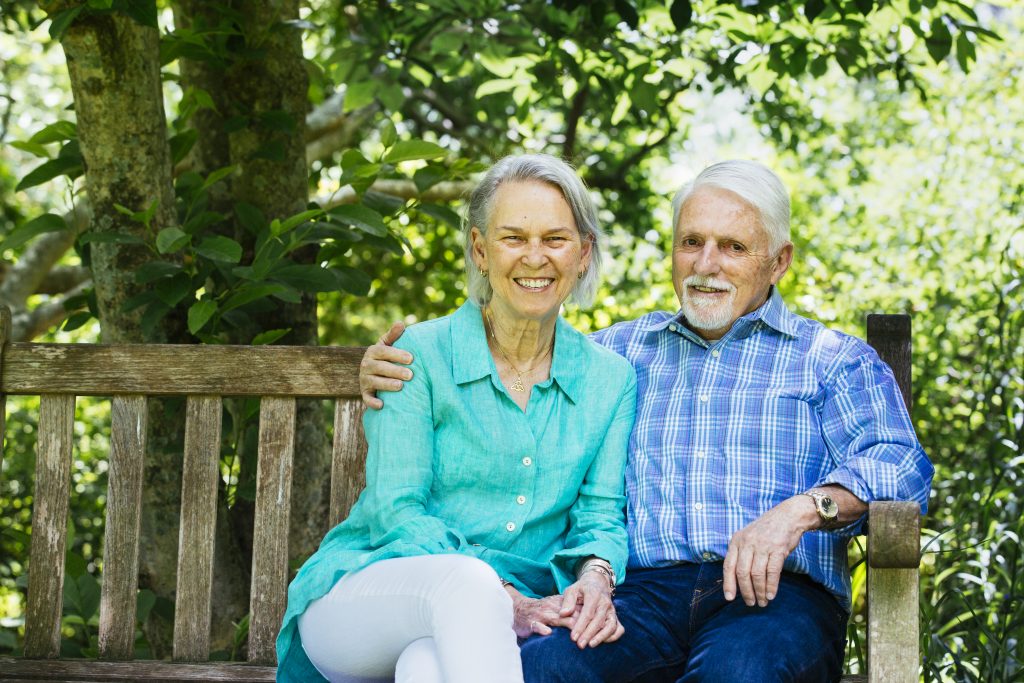 “Chapel Hill and the community here have come to mean so much to both of us,” they said. “Carolina is an extraordinary place to live and learn, and the perfect place to watch the sunset.”