A University of North Carolina at Chapel Hill team led by geologist Tamlin Pavelsky has received a $1.5 million grant from NASA’s Earth Science Division to expand a pilot citizen science program to measure lake water storage from North Carolina to the globe. Pavelsky’s team was one of six chosen from a group of 16 prototype projects at institutions around the country. Members of the UNC Institute for the Environment’s Environmental Resource Program (ERP) will lead the citizen science portion of the program.

Over the last year, using start-up funding from NASA, the team created a pilot citizen science program to combine NASA satellite data with volunteer-collected readings of water height in lakes in eastern North Carolina. The program was successful and NASA committed to funding its implementation on a larger scale.

“Each project links directly to NASA’s Earth science satellite missions and will help advance our scientific understanding of critical aspects of the Earth’s environment,” said Kevin Murphy, program executive for Earth science data systems at NASA Headquarters in Washington, in the official NASA announcement. “Participation in these projects is not only fun, it helps improve data generated from NASA’s satellites.” 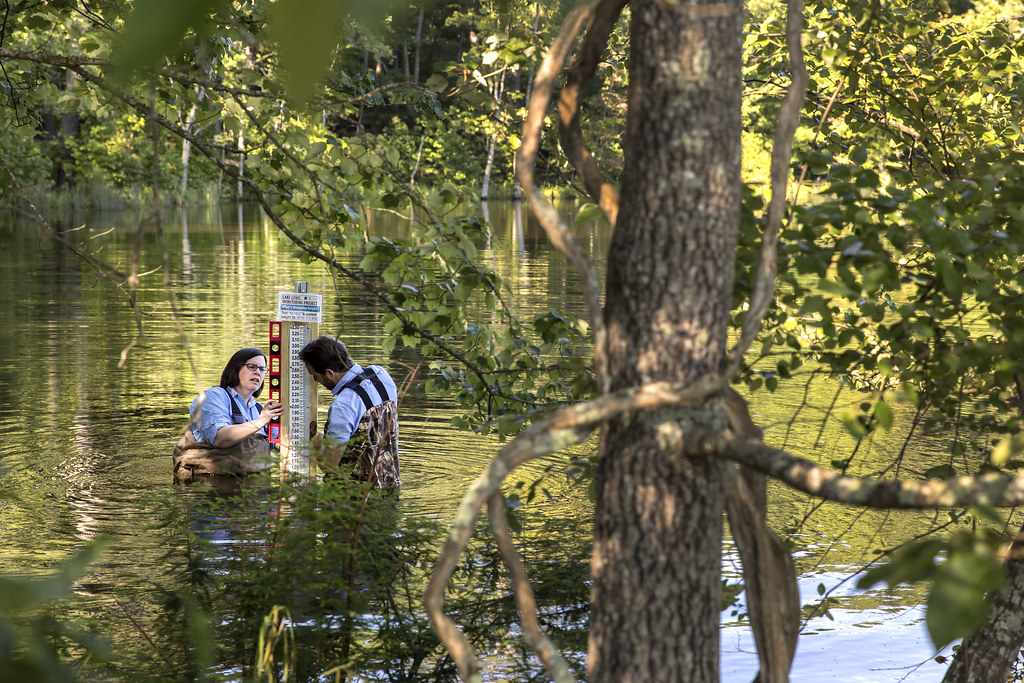 These measurements help researchers understand how water stored in lakes changes over time and can help illuminate how water moves through the Earth’s systems. The data collected will be shared with scientists around the world as free, open data.

“There are millions of lakes in the world that are important for water resources, for ecosystems, and for our climate, but we only monitor a few thousand of them right now,” said Pavelsky, associate professor of geological sciences in the College of Arts and Sciences. “We’re hoping to combine cutting-edge satellite data with measurements from citizens to learn more about how lakes work and to test against a new NASA satellite mission that is specifically designed to measure lakes.”

The team has partnered with Tennessee Tech University to build a web-based platform to collect data from citizen scientists via text message and share information on individual lakes, browse past data and interact with the project team. They also launched a website to share news and updates on the progress of the project and are developing an accompanying mobile app.

During the 3-year implementation phase, the team will focus efforts on several regions per year including New England, Wisconsin, Washington, Minnesota, India, Pakistan, Bangladesh, and the Pyrenees. The sites in south Asia will be led by a partner at the University of Washington. Using the framework developed during the prototype phase, the team will work with local collaborators to engage citizen scientists in collecting data.

“We are delighted to have the opportunity to expand our network of citizen scientists,” said Sarah Yelton, an environmental education coordinator at the Institute. “As we engage more people around the U.S. and the world in collecting data for this research project, hopefully we will also deepen their personal interest in science as they learn about their local lakes.”

Yelton and Grant Parkins, a watershed education coordinator, will continue to lead the development of training materials for citizen scientists as they work with project partners to build the network of volunteers in the United States. The pair will leverage their expertise in citizen science and science education with their connections in the state and around the country.

To date, the team has collected more than 900 lake height measurements by approximately 91 citizen scientists.

Pavelsky is the lead hydrologist on a NASA satellite mission called SWOT (Surface Water and Ocean Topography), which will produce the first global survey of Earth’s surface water, observe the fine details of the ocean’s surface topography, and measure how bodies of water change over time. The satellite will launch in 2021.

This grant is administered by the UNC Institute for the Environment.

This project is featured in the UNC-Chapel Hill Campaign for Carolina Video.