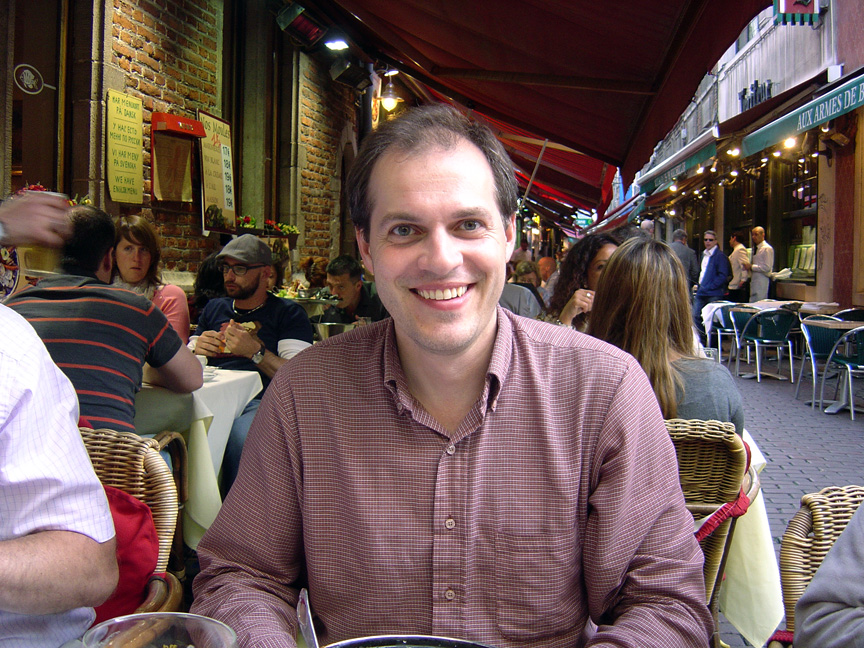 Jason West, an associate professor in UNC-Chapel Hill’s Gillings School of Global Public Health, studied civil and environmental engineering as an undergraduate, but it wasn’t until he was a graduate student that he found his passion—climate change. This passion encouraged him to now lead a class for undergraduate and graduate students at UNC-Chapel Hill this fall—Global Climate Change: Interdisciplinary Perspectives.

Throughout the course, students will hear from a new speaker each week who specializes in a different field of study related to climate change. Topics covered will include the science behind climate change, impacts on water resources and human health, public policy surrounding the issue, and potential solutions to the problem.

“Climate is a good topic for this kind of format just because there’s so much richness in the climate change problem when looked at from the scientific point of view and the social decision making point of view,” West explained.

The class is a one credit hour, pass/fail course.

While others approached West with the idea of an interdisciplinary class on climate change, he said his motivation came from personal experience.

“During my time as an undergrad, I can hardly remember talking about climate change in my classes,” West said. “It was the early 90s and not a lot of people were really talking about it. So I never learned about climate change in a very structured way. I learned by going to seminars, hearing people speak, reading what I could…and over the years just doing that over and over I structured it in my own mind. But now I can benefit others by structuring that for them.”

While West acknowledges that covering so much ground in the course of the semester will obviously leave students with gaps in their knowledge, he explained that the goal is not to make students experts on climate change, but to help students who would never have taken a class on the subject get introduced to several topics related to the issue.

“Let’s say a student is coming with an environmental science background. They might not confront some of the social science or law parts of it, so for them, hearing about that is good. But I also want it to be open to a physiology major, where maybe much of this is foreign to them but they could learn about new areas,” he added.

“I hope that students will come away from it thinking about how they can, through their own discipline and their own abilities and strengths, have some influence on the discussion around climate change.”

For the future, West hopes to continue conducting interdisciplinary policy research centered on atmospheric modeling, but also maintaining his focus on teaching students about the complexity of climate change. He plans to continue engaging various disciplines to work towards solutions.

West recognizes that UNC students are future researchers and leaders who can push knowledge and progress forward.

West developed an interest in climate change while pursuing his Ph.D. at Carnegie Melon University. His research assessed the science of atmospheric particles and the economic impacts of sea level rise on developed coastal regions. It was then that he realized how interconnected air pollution and climate change were and began thinking about how best to look at the problems from a managerial standpoint—what could be done to mitigate these issues?

“So, big picture, could we think of ways to intelligently address both problems at the same time in a way that’s coordinated; saving some money and effort and having greater effectiveness because we’re addressing both problems simultaneously,” he explained.

His interest in health began shortly before coming to UNC. While working at the EPA headquarters in Washington, D.C., West spent time reviewing the health benefits and costs of taking action to improve environmental quality. “Since then, my lab has used atmospheric models to address similar questions, but often on a global scale.  We have evaluated how climate change might affect air pollution and, therefore, health. We’ve also evaluated how actions to reduce greenhouse gas emissions to slow down climate change would benefit human health through changes in air pollution,” he said.

“Learning about health made sense to me. It has given me a pretty powerful way, I thought, to relate the science and modeling that I was doing regarding climate change with health, and to tell a policy story by evaluating the costs and benefits of the actions we might take.”