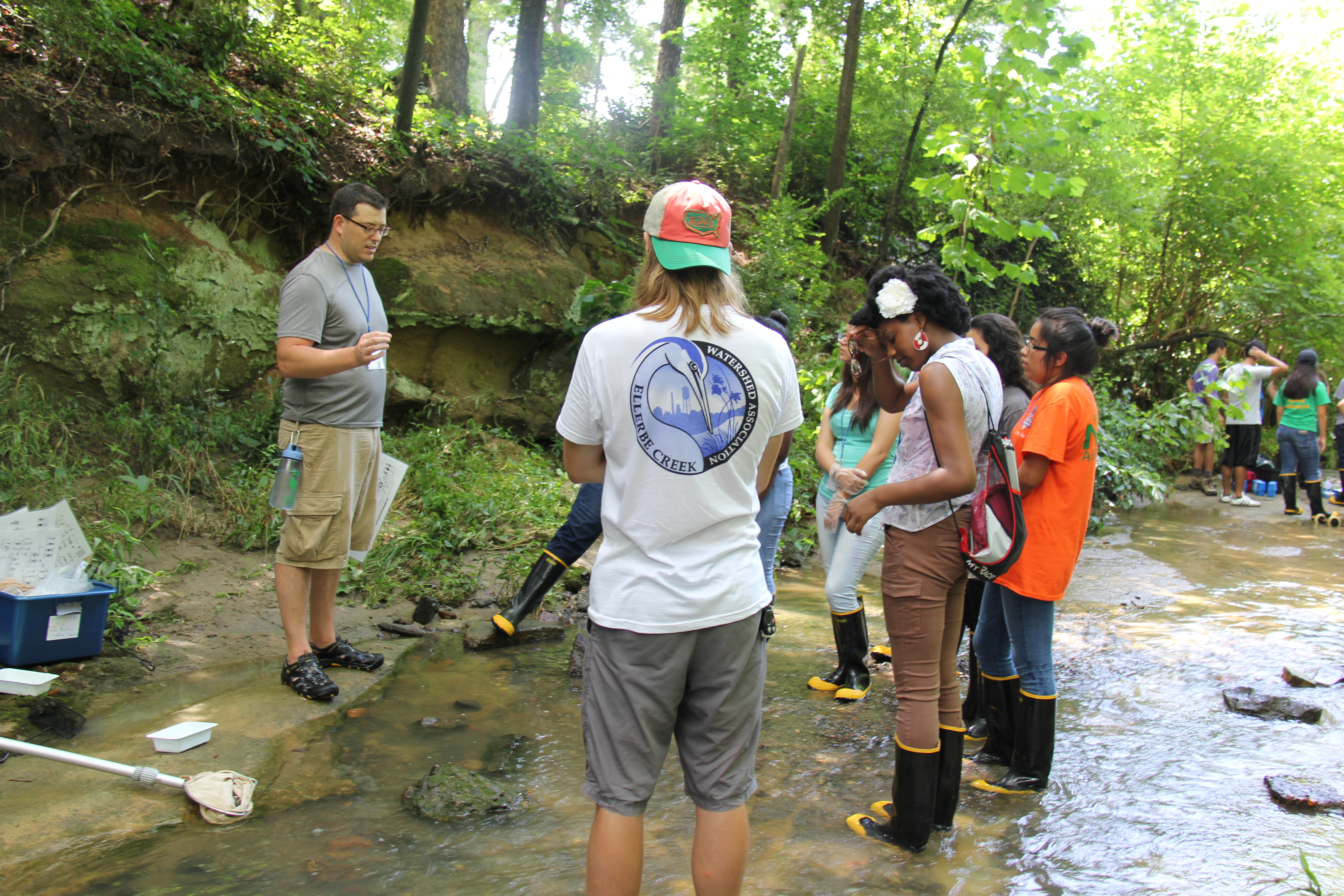 Grant Parkins was raised in rural Ohio, spending his childhood in a one-stoplight town surrounded by cornfields and dairy farms. It was in this small, quiet town that Parkins’ love for the environment began.

“I grew up with a creek beside the house and I was in the water all the time. So, I knew I wanted my career to involve ecology; how living and nonliving factors of an environment interact and are shaped by each other,” he said. “I have this interest in water, not just its chemistry, but from an ecological standpoint- its importance in every ecosystem.”

His interest in education was sparked at Bowling University where he helped develop a weeklong residential marine and aquatic biology camp on campus that was offered to high school students from across the state of Ohio.

Parkins was able to continue combining his two passions—education and the environment— during his graduate research at NC State. He spent his time studying blue crabs along the coast of North Carolina and analyzing how the post-larvae ended up in certain areas around Albemarle and Pamlico Sound.

“Part of what I did was work with high school students and actually a fifth grade class to collect my samples of blue crabs every day for three months at several different places along the coast of North Carolina. As part of that, I developed some educational activities. One of them was a hands-on simulation where students could choose a wind direction and it would show how currents came into Pamlico Sound and essentially how that affected where blue crabs landed,” Parkins explained. “My master’s thesis had an educational component to it.”

After graduating from NC State, Parkins landed his first job at UNC’s DESTINY Traveling Science Learning Program. He spent the next two years traveling the state in a 40-foot bus that served as a science lab. While teaching aboard DESTINY, Parkins was able to introduce hands-on science activities to students across North Carolina. These students, who many times lived in rural areas, also had the opportunity to learn about careers in science, biotechnology, and health were like.

Parkins’ next job was right down the street at the North Carolina Botanical Garden where he worked as the manager of school programs for over nine years.

For Parkins, leaving the Botanical Garden was a hard decision to make.

“It would have taken a really good job for me to leave the Botanical Garden. I loved the Botanical Garden. I had converted to loving plants in a way that I really never had before. I was the first full-time educator they had ever hired on and so there was a lot of building that needed to be done. I like the challenge of building and creating something new. Once all the programs had been set in place, I was more of a maintainer instead of a builder. Everything was still interesting but I missed the challenge. What drew me here were the new challenges that are kind of in front of me,” he said.

Parkins said his biggest goal while at IE is to strengthen the North Carolina Watershed Stewardship Network by providing a framework that will allow for collaboration and understanding on what resources are available to watershed professionals and volunteers. As for goals for himself, Parkins said he wants to, “…find where my passion for education and teaching ecology, fits best within the ERP [Environmental Resource Program] so that I can expand its reach. I want to help it reach a bigger audience or do something that it wasn’t able to do before I got here.”

When Parkins isn’t working, he spends a majority of his time outdoors with his wife Leslie and two sons, Jack, 6, and Reid, 4. “I like taking an interest in whatever they take an interest in- trains, trucks, even Pokèmon. They like doing the same stuff I like, like Saturday morning hikes, so it makes it easy,” he said.

His music preferences, however, are not as black and white. “The things that have been getting the most play in our house are Michael Jackson, Johnny Cash and Waylon Jennings,” Parkins said.

As far as his cereal tastes go, he is a die-hard Raisin Bran fan, choosing it as his cereal of choice if he was forced to eat one brand for the rest of his life.